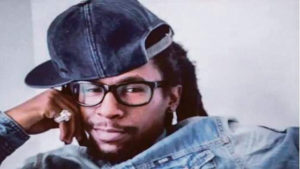 JAH Cure is eagerly awaiting his day in court, according to Jan-Hein Kuijpers who is part of the reggae singer’s legal team in The Netherlands.

“Mr Alcock is waiting for his trial because he wants to clear his name… Mr Alcock testified in detail what happened, and for him it was a clear self-defence situation,” Kuijpers told the Jamaica Observer. “Witnesses have to be interrogated.”

Kuijpers is founding partner of the firm Kuijpers Nillesen, which specialises in criminal law.

The reggae singer is being held at an undisclosed detention centre outside of Amsterdam since October 2021.

The 43-year-old roots singer is being detained for allegedly stabbing a show promoter Nicardo Blake in The Netherlands on October 2.

Blake, whose Roots Vibes company stages reggae shows in The Netherlands, allegedly sustained injuries to the abdomen and was reportedly hospitalised.

Jah Cure may not be offered bail when he appears in court on Wednesday.

“If the prosecutor considers it necessary for the suspect to remain in custody, she will request the court to extend the remand order with a period of up to 90 days. The court will decide whether the remand order will be extended or not,” Franklin Wattimena, press officer at The Netherlands Public Prosecution Service, told the Observer.

Despite being in detention since October, Kuijpers said the Jamaican entertainer is trying to remain positive.

“In the meantime, he is trying to make the best of it… He is a powerful man,” Kuijpers added.

Jah Cure has had several brushes with the law. He was convicted of rape in April 1999 and served eight years of a 15-year sentence in prison. He was released in July 2007.

Coincidentally, his first concert after being released from prison in Jamaica was in The Netherlands at the Reggae Sundance Festival in August 2007.

He has had several incidents with promoters in The Bahamas and Trinidad and Tobago. However, those were resolved without court action.

Jah Cure has had consistent success since his release from prison. His hit songs include Love Is, Unconditional Love, and All of Me, while he has collaborated with acts such as Damian “Junior Gong” Marley, Torey Lanez, and Mya.

The Cure, his 2015 album, was nominated for a Best Reggae Album Grammy Award the following year.