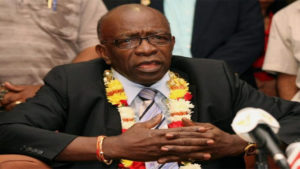 A former Caribbean soccer official has been ordered to pay a $79 million penalty stemming from the FIFA bribery scandal.

A federal judge in New York City imposed the judgment against Jack Warner in a lawsuit brought by the Confederation of North, Central American and Caribbean Association Football.

The 2017 suit accused Warner of embezzling millions of dollars from the soccer association. It said he arranged kickbacks in connection with broadcasting rights for regional tournaments.

The civil allegations mirrored ones in a U.S. criminal investigation that has resulted in convictions of several top soccer officials.

Warner is still fighting extradition in Trinidad and Tobago, where he has denied any wrongdoing. There was no immediate response on Wednesday to an email sent to one of his extradition lawyers. – The Associated Press