Jack Warner being sued by CONCACAF 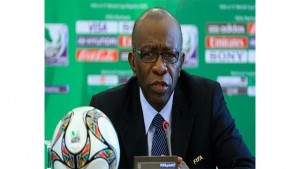 MIAMI, CMC-Trinidad and Tobago’s Jack Warner, the former Vice President of football’s world governing body (FIFA), is being sued for more than US50 million dollars by the Confederation of North, Central American and Caribbean Association (CONCACAF).

The new suit centres around a lavish soccer facility built in Trinidad with millions of dollars in funding from FIFA. The suit accuses Warner, who served as CONCACAF president for 20 years before resigning in 2011, of fraudulently securing FIFA and CONCACAF funding to develop the property.

The site now includes a hotel and banqueting facilities and is said to be built on lands belonging to Warner. His wife, his accountant and two companies linked to the 73-year-old are also named as defendants.
Warner, who has in the past denied wrongdoing, is also facing corruption charges in the U.S. and remains in Trinidad where he is fighting extradition. Warner, who was banned from soccer by FIFA in September is one of four presidents who have been forced from office amid claims of wrongdoing, with three charged by the U.S. Department of Justice.

CONCACAF last week elected Canada’s Victor Montagliani as its latest leader and is on the verge of naming a new general secretary as soon as next week.