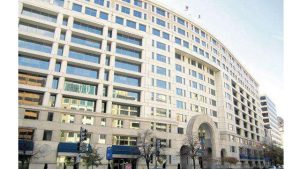 WASHINGTON, United States (CMC) — Caribbean countries should prepare for prolonged effects of external economic shocks in 2023, including for high food and fuel prices and rising international interest rates, according to a new report from the Inter-American Development Bank (IDB).

It warned that higher interest rates could lead to economic slowdowns, or even recessions, in important source markets for exported services and goods from the Caribbean.

The impact of these shocks depends on the trade structure of individual countries as well as the external financing requirements of each country, according to the report Headwinds Facing the Post-Pandemic Recovery.

Among the report’s key findings are that households and businesses are feeling the impact of price increases.

“Although domestic inflation has been somewhat less severe in Caribbean countries, rising prices diminish real incomes for households and increase business costs for firms,” it said, noting that online surveys from the World Food Programme also suggest a sharp rise in food insecurity across the Caribbean

The annual inflation rate climbed to an average of eight per cent by mid-summer in the Caribbean countries covered in the report, excluding Suriname which has been coping with high inflation since the fall of 2020.

Regional economic advisor for the IDB’s Caribbean Department David Rosenblatt expressed hope that the “unfortunate external conditions will improve during 2023”.

“As with natural disasters, however, it’s always prudent to prepare for the worst, even as we hope for the best,” he said.

The authors of the report put forward several reform priorities such as continued attention to fiscal consolidation and debt management on the macroeconomic dimension, and targeted interventions to help households cope with the effects of rising food and fuel prices.