HIV/AIDS prevention drug now available for all in Guyana 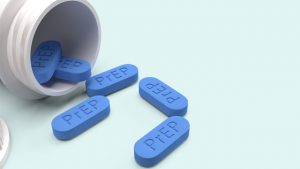 Guyana has changed its policy for the use of Pre-exposure prophylaxis, commonly called PrEP, allowing everyone, who may need it, to have access to the drug.

“Prior to two years ago, PrEP was only used in discordant couples, meaning one of person is HIV positive, the other one is not. Then they would have given PrEP to the person who is not infected, but we have changed that, because the WHO (World Health Organisation) recommendation now is for any person who perceives themselves to be at risk for HIV can access pre-exposure prophylaxis,” Anthony said.

Before being prescribed PrEP, a healthcare provider will examine the patient’s medical background to determine how the drug will affect them.

Two oral drugs (Truvada and Descovy) and one injection (Apretude) are approved as PrEP.

Descovy is not for people assigned female at birth who are at risk for HIV through receptive vaginal sex.

Apretude is for people at risk through sex who weigh at least 77 pounds (35 kg).

The side effects of taking PrEP include diarrhoea, nausea, headache, fatigue, and stomach pain but the CDC says they usually go away over time.

Studies have shown that PrEP reduces the risk of getting HIV from sex by about 99 per cent when taken as prescribed.

Guyana is also planning to introduce self-testing for HIV to make it easier for persons to know their status.

Guyana is hosting an International HIV/STI Conference at the Arthur Chung Conference Centre as part of its World AIDS Day observance.

“This would give people an update on HIV treatment and various aspects of HIV Treatment, whether it’s the new antiretrovirals that are out, to be used in patients, how they work, what regimens that we have, that particular lecture will be done by an expert from the Mayo Clinic who is coming in to do that particular lecture,” the health minister said.

The event will also see the launch of publications of clinical guidelines for clinicians to adopt, among other features.