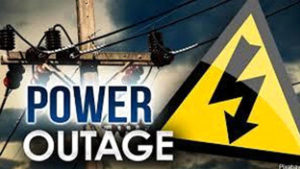 The Nevis Electricity Company Limited (NEVLEC) has issued a report regarding the impact of the high winds affecting Nevis over the past few days.

The communique read “The very high winds continued last night into the morning accompanied by lightning and rain which resulted in many outages on the Gingerland Feeder. There is a permanent fault somewhere between Morning Star and Golden Rock which NEVLEC could not locate because of poor visibility, and the high winds making it difficult to isolate spur lines.

“As a result of the weather conditions NEVLEC had to make a decision to abort the fault finding and restoration process at about 2:30 a.m. At that point power had only been restored to customers from Prospect to Morning Star, which means that customers from Morning Star to Liburd Hill remained without power. NEVLEC will resume the fault finding and restoration process this morning at day break.”

NEVLEC went on to say there was also an interruption in the supply to customers supplied from the Cotton Ground Feeder at about 12:30 a.m. Power was restored at about 1:15 a.m. and again there seemed to be a permanent fault at Jones Estate and had to be left out. The feeder tripped again at 4:50 a.m. and is currently out.

NEVLEC apologized for the inconvenience caused resulting from this unusual and unexpected weather and saying it would do the best it can to restore power at day break.

The St. Kitts Electricity Company SKELEC also reported that the high winds caused electricity supply outages in the areas of Newtown, Boyds, St. Paul’s, Mansion and Cedar Grove on Saturday, which were subsequently restored. The company says there have since been no outages due the high winds.