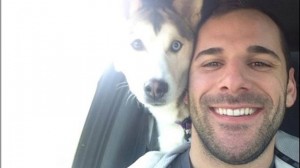 (CNN) — First a soldier guarding a hallowed war memorial was gunned down in Canada’s capital. Then shots erupted in the halls of the country’s Parliament minutes later.

The two shootings in Ottawa Wednesday left lawmakers barricaded inside offices and parts of the city on lockdown for hours as police searched for suspects.

Ottawa Police lifted the lockdown Wednesday night and said there was no longer a danger to the public.

But many questions remain about the shootings: Who was the gunman? Why did he open fire? And was he acting alone?

“It appears there was just one shooter, and that shooter is dead,” Ottawa Mayor Jim Watson told CNN’s Anderson Cooper. “But it has been a traumatic experience, obviously, for not only our city but the country.”

Investigators haven’t provided any possible motives for the shooting. Canadian Prime Minister Stephen Harper didn’t provide details about the investigation in a televised address to the nation Wednesday night.

“In the days to come, we will learn more about the terrorist and any accomplices he may have had, but this week’s events are a grim reminder that Canada is not immune to the types of terrorist attacks we have seen elsewhere in the world,” Harper said. “Let there be no misunderstanding: We will not be intimidated. Canada will never be intimidated.”

As authorities continued to investigate, details began to emerge about the man they suspect was behind the shooting.

Michael Zehaf-Bibeau was identified by Canadian officials to their American counterparts as the suspected gunman, multiple U.S. officials told CNN.

Bibeau, who was born in 1982, was a convert to Islam and had a history of drug use before he converted, two sources said.

His passport had been confiscated by Canadian authorities when they learned he planned to go fight overseas, a U.S. law enforcement official told CNN’s Susan Candiotti. The official said it was not clear when that happened.

Canadian broadcaster CBC reported that Bibeau had a record of drug arrests going back 10 years.

The soldier appeared to have been shot in the back, said Peter Henderson, a journalist who was at the memorial at the time of the shooting. Other soldiers who were nearby doing drills at the time ran to help, he said.

Three people brought to The Ottawa Hospital after the shootings have been released, hospital spokeswoman Hazel Harding told CNN. Earlier, they were described as being in stable condition.

Shortly after the shooting at the memorial, a gunman entered the nearby building on Parliament Hill, officials said.

“I heard rapid fire — gunshots going very loud — and I figure maybe 20-plus shots within 10 seconds,” Canadian Deputy House Leader Kevin Lamoureux told CNN. He was one level below the gunshots.

Gunfire first erupted in the building’s foyer. Then a second round of shooting happened about a minute later in a hallway or near the entrance to the Parliament’s library, Wingrove told CNN.

Several officers had weapons drawn, he said, and most of the dozens of shots that he heard appeared to have been fired by officers at the gunman.

When the shooting ended, a person was lying motionless on the ground near the library entrance, Wingrove said.

In Twitter posts, several Canadian lawmakers hailed a top security official as a hero, crediting him with shooting the gunman inside Parliament.

“MPs and Hill staff owe their safety, even lives, to

A U.S. law enforcement official told CNN that a connection to terrorism hasn’t been ruled out.

On Monday, a man who Canadian authorities said was “radicalized” killed a Canadian soldier with his car. The man was then shot and killed.

Police: Man who ran down and killed soldier was ‘radicalized’

There was no immediate indication that the Monday and Wednesday incidents were related.

In response to the shootings, the North American Aerospace Defense Command, or NORAD, has increased its alert posture, CNN has learned. That means that it has increased the number of planes on a higher alert status ready to respond if needed. NORAD and Canadian authorities are in contact, an official told CNN.

MP Tony Clement tweeted that he heard “at least 30 shots” and apparently was able to take cover with colleagues. He also tweeted that Prime Minister Harper was secure.

Harper was safely evacuated from the building, tweeted his press secretary, Carl Vallee.

“Obviously, we’re all shaken by it,” Obama later told reporters, “but we’re going to do everything we can to make sure we’re standing side by side with Canada during this difficult time.”

Watson said that Wednesday was “a sad and tragic day for our city and our country.”

“There’s no pain greater than losing a loved one — to have it happen in such circumstances as this morning is beyond expression, and underlined by a sad anger within my heart,” he said.

The suspect in Monday’s vehicle attack, Martin Rouleau Couture, reportedly converted to Islam about a year ago. Police arrested him last July and confiscated his passport, but lacked enough evidence to keep him in custody, said Martine Fontaine of the RCMP.