Chris Gayle has joined the St Kitts & Nevis Patriots for the inaugural SKYEXCH 6IXTY which gets underway on 24 August at Warner Park, St Kitts. Gayle, brand ambassador and host for the 6IXTY, will be joined by some of the biggest names in cricket from across the Caribbean and around the world as this innovative new format gets underway for the first time.

Gayle will be joined at the Patriots by exciting openers Evin Lewis and Andre Fletcher as well as impressive South African youngster Dewald Brevis.

The Barbados Royals team will have the talents of Jason Holder, Kyle Mayers and Rakheem Cornwall along with overseas players Azam Khan, Harry Tector and Corbin Bosch.

Colin Ingram, Paul Stirling and Heinrich Klaasen will boost the batting of the Guyana Amazon Warriors with all-rounders Odean Smith and Romario Shepherd also in their squad.

A powerful Trinbago Knight Riders line up will feature Kieron Pollard, Andre Russell and Nicholas Pooran along with Sunil Narine and Ravi Rampaul. They will also have Tim Seifert and Seekkuge Prasanna in their squad.

The Saint Lucia Kings will feature Roston Chase and Kesrick Williams along with impressive young players Ackeem Auguste and Matthew Forde. New Zealander Scott Kuggeleijn will also be with the Kings for the 2022 6IXTY.

The tournament will see six men’s teams and three women’s teams competing for their own versions of the Universe Boss Trophy, named in honour of Chris Gayle and will feature a number of innovations to bring fans even closer to the action.

Fans can look forward to the following at The 6IXTY:

Each batting team has six wickets – at the fall of the sixth wicket they are all out
Each batting team has two PowerPlay overs. They can unlock a third PowerPlay by hitting two sixes in the first 12 balls. This extra PowerPlay over can be taken at any time between overs 3-9
There will be 30 balls bowled from one end before the action switches to the other end for the final 30 balls
The 30 balls will be delivered as 5 separate overs, with no bowler being able to bowl more than 2 overs for the innings.
If teams do not bowl their overs within the allotted time a member of their team is removed from the field for the final six balls
Fans will vote for the timing of a “Mystery Free Hit” where a batter can’t be dismissed by the bowler 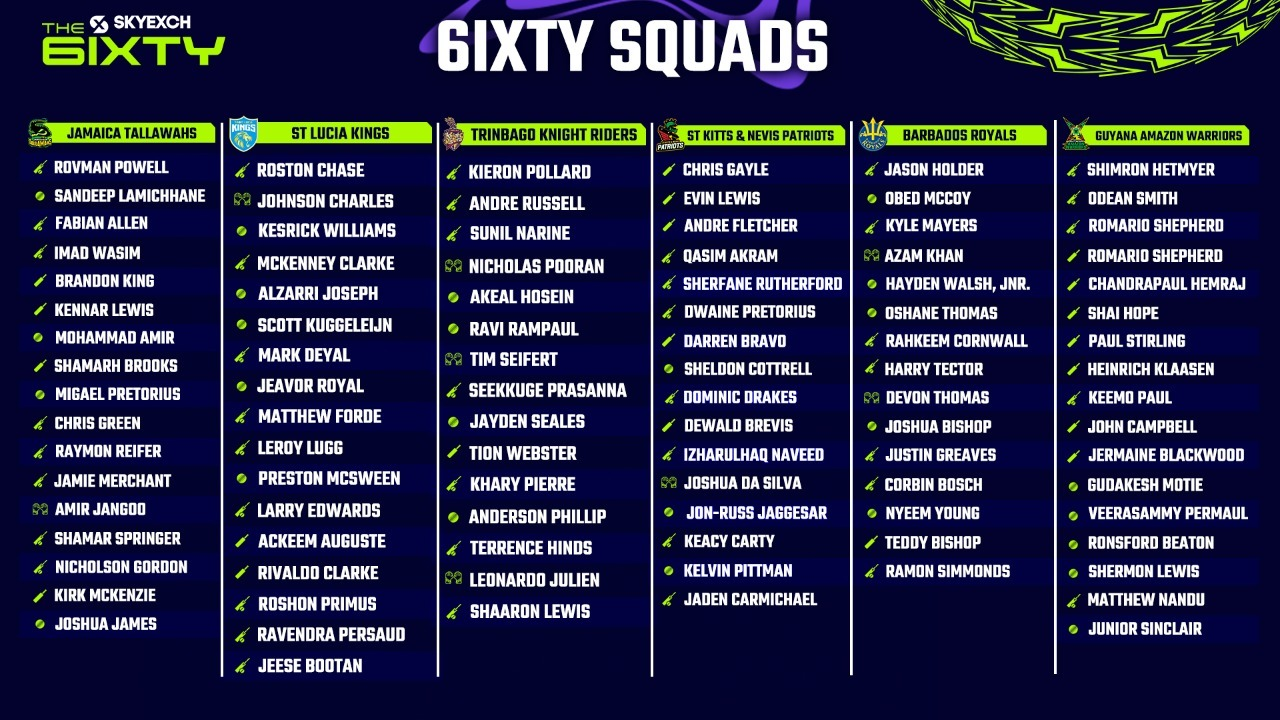