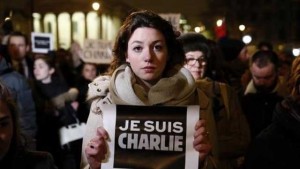 The local media fraternity here and in the rest of the Caribbean has strongly condemned the attack on French Magazine Charlie Hebdo, which left 12 people dead including 10 media workers.

Hooded gunmen stormed the Paris offices of the magazine known for lampooning Islam and other religions on Wednesday, killing people in what international news agencies described as the most deadly militant attack on French soil in decades.

In swift reaction to the news, Chair of the Antigua & Barbuda Media Congress Steering Committee Martina Johnson said media workers are being killed and attackers are yet to face justice.

“Journalists are being killed and nobody is going after the killers; nobody is prosecuting them. Nine out of 10 cases we have looked at every year they are not solved and this is one of the major concerns of the international press associations and regional associations,” Johnson said in an interview.

She said if the perpetrators are allowed to continue to act with impunity, then people would continue to feel it is okay to attack media workers.

General Manager of OBSERVER media Caecilia Derrick said she was “shocked and stunned” after she got wind of the story on the international press.

“To think that journalists can be gunned down or killed simply because they are doing their jobs … I am shocked; I am stunned by it,” Derrick said.

Derrick also indicated it was rather worrying that the attack is suspected to be in response to satirical work.

“To think that these people were gunned down or killed simply because they put word to paper and poked fun at some people is not something we can accept for even a second,” Derrick said.

In a statement, the regional media organisation said it is appalled at the brutal attack on the offices and staff of the French satirical publication Charlie Hebdo and the murder of 12 people, including 10 members of the editorial staff.

The association said it is also concerned about the increasing levels of intolerance among some groups that are willing to kill journalists who are exercising their freedom of expression to expose aspects of global politics.

The regional body said it supports and stands behind its French colleagues and those globally who have given their lives for a fundamental principle of journalism – the freedom of expression.

Among the dead are two police officers, the weekly’s chief editor and four celebrated cartoonists on staff.

Thousands joined impromptu rallies across France yesterday in memory of the victims and in support of freedom of expression.

The government declared the highest state of alert, tightening security at transport hubs, the religious sites, media offices and department stores as the search for the assailants got under way.

Stacey Wilson-McMahon, a former resident of Antigua & Barbuda who now resides in Paris, three blocks away from where the incident took place, told OBSERVER media the scene was “like France’s 911.”

“This is really the first in a long time that France has actually seen something like this and I think everybody is still in a state of shock and watching closely was what’s going to happen in the news, what information we are going to get and hopefully find who these people are” Wilson-McMahon said.

French police have since identified three men as suspects in Wednesday’s massacre.

According to police and other officials, two of the suspects are French brothers aged 34 and 32 from the Paris region, and the third is an 18 year old from the northeastern city of Reims.

There were also conflicting reports on whether the teenager was also a French national.