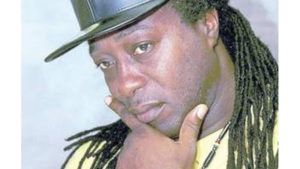 Dancehall artiste Flourgon on Tuesday filed a US$300-million lawsuit against American pop singer Miley Cyrus in the US District Court, Manhattan, New York. In the suit, Flourgon (given name Michael May), alleges that Cyrus’s 2013 hit song We Can’t Stop closely resembles We Run Things, his song from 1988.

Additionally, Flourgon claims that Cyrus infringed on his copyright.

We Run Tings was produced by Hugh “Redman” James and topped charts in Jamaica and United States ethnic market.

The deejay said he sought to protect his work last year with the US Copyright Office, and in November won “formal copyright protection” for all musical arrangements in We Run Things.

When contacted by the Jamaica Observer for a comment, Flourgon said, “I was advised by my lawyer not to speak to the press.” When asked to provide a contact for his lawyer, he said he would get back to us within one hour.

However, subsequent calls to his cellphone went unanswered.

We Can’t Stop is from Cyrus’s 2013 album Bangerz. It is co-written by US Virgin Islands act Rock City and was initially intended for pop singer Rihanna. The song peaked at number two on the Billboard Hot 100 in August 2013. It topped the United Kingdom pop chart and has sold 600,000 copies, earning platinum certification in that country. In the US it sold over five million copies based on streaming and digital sales.

Over the years, several hit songs by Jamaican artistes from the 1980s, have been sampled by American acts.

Barrington Levy’s 1985 hit Here I Come (Broader than Broadway) was sampled by rapper Shyne in his 2000 song Bad Boyz.