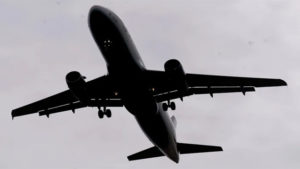 The Federal Aviation Administration is lifting a ground stop on flights across the U.S. following a computer outage early Wednesday that resulted in thousands of delays quickly cascading through the system at airports nationwide.

Earlier in the morning the FAA ordered all U.S. flights to delay departures until at least 9 a.m. Eastern. Due to heavy congestion, the FAA cleared flights to depart at Newark Liberty and Atlanta Hartsfield-Jackson airports. The agency said that normal air traffic operations were resuming gradually across the U.S. following the outage.

More than 3,700 flights were delayed and more than 640 were cancelled early in the day.

The FAA said that it continues to look into the cause of the initial problem.

THIS IS A BREAKING NEWS UPDATE. AP’s earlier story follows below.

NEW YORK (AP) — A computer outage at the Federal Aviation Administration brought flights to a standstill across the U.S. early Wednesday, with thousands of delays quickly cascading through the system at airports nationwide.

The FAA ordered all U.S. flights to delay departures until at least 9 a.m. Eastern. Due to heavy congestion, the FAA cleared flights to depart at Newark Liberty and Atlanta Hartsfield-Jackson airports and departures were expected to resume at other airports soon.

There were more than 3,700 flights delayed by 8:30 a.m. Eastern, more than all the delayed flights for the entirety of the previous day, according to the flight tracking website FlightAware. More than 640 have been cancelled.

Those numbers are likely to grow, and the groundings impact almost all aircraft, including shipping and passenger flights.

More than 21,000 flights were scheduled to take off in the U.S. today, mostly domestic trips, and about 1,840 international flights expected to fly to the U.S., according to aviation data firm Cirium.

Some medical flights can get clearance and the outage is not impacting any military operations or mobility.

Early Wednesday, flights for the U.S. military’s Air Mobility Command had not been impacted, said Air Force Col. Damien Pickart, a spokesman for Air Mobility Command is responsible for all the troop movement and supply flights, such as the C-17s that carry the president’s motorcade vehicles when he travels, but also all the flights that transport troops from one base to another. Air Mobility Command was working with the FAA on the issue.

While the White House initially said that there is no evidence of a cyberattack, President Joe Biden said “we don’t know” and told reporters he’s directed the Department of Transportation to investigate the cause of the disruption.

President Joe Biden addressed the FAA issue Wednesday before leaving the White House to accompany his wife to a medical procedure at Walter Reed National Military Medical Center outside of Washington. He said he had just been briefed by Transportation Secretary Pete Buttigieg, who told him they still had not identified what went wrong.

Buttigieg said in a tweet that he is in touch with the FAA and monitoring the situation.

The FBI did not immediately respond to a request seeking comment.

Most delays were concentrated along the East Coast, but were beginning to spread west. Inbound international flights into Miami International Airport continued to land, but all departures have been delayed since 6:30 a.m., said airport spokesman Greg Chin.

The FAA said it was working on restoring its Notice to Air Missions System.

“We are performing final validation checks and reloading the system now,” the FAA said. “Operations across the National Airspace System are affected.”

The agency said that some functions are beginning to come back on line, but that “National Airspace System operations remain limited.”

Julia Macpherson was on a United Airlines flight from Sydney to Los Angeles on Wednesday when she learned of possible delays.

“As I was up in the air I got news from my friend who was also traveling overseas that there was a power outage,” said Macpherson, who was returning to Florida from Hobart, Tasmania. Once she lands in Los Angeles, she still has a connection in Denver on her flight to Jacksonville, Florida.

She said there have been no announcements on the flight about the FAA issue.

Macpherson said she had already experienced a delay in her travels because her original flight from Melbourne to San Francisco was canceled and she rebooked a flight from Sydney to Los Angeles.

The FAA is working to restore what is known as the Notice to Air Missions System.

Before commencing a flight, pilots are required to consult NOTAMs, or Notices to Air Missions, which list potential adverse impacts on flights, from runway construction to the potential for icing. The system used to be telephone-based, with pilots calling dedicated flight service stations for the information, but has now moved online.

Breakdowns in the NOTAM system appear to be rare.

“I don’t ever remember the NOTAM system going down like this. I’ve been flying 53 years,” said John Cox, a former airline pilot and now an aviation-safety consultant.

According FAA advisories, the NOTAM system failed at 8:28 p.m. Eastern on Tuesday preventing new or amended notices from being distributed to pilots. The FAA resorted to a telephone hotline in an effort to keep departures flying overnight, but as daytime traffic picked up it overwhelmed the telephone backup system.

Air Force spokeswoman Ann Stefanek said the U.S. military flights were not impacted because the military has its own NOTAMS system separate from the FAA system and the military’s system was not affected by the outage.

European flights into the U.S. appeared to be largely unaffected.

Irish carrier Aer Lingus said services to the U.S. continue, and Dublin Airport’s website showed that its flights to Newark, Boston, Chicago and Los Angeles were running on schedule.

“Aer Lingus plan to operate all transatlantic flights as scheduled today,” the carrier said in a prepared statement. “We will continue to monitor but we do not anticipate any disruption to our services arising from the technical issue in the United States.”

This is just the latest headache for travelers in the U.S. who faced flight cancellations over the holidays amid winter storms and a breakdown with staffing technology at Southwest Airlines. They also ran into long lines, lost baggage, and cancellations and delays over the summer as travel demand roared back from the COVID-19 pandemic and ran into staffing cutbacks at airports and airlines in the U.S. and Europe.

The FAA said that it would provide frequent updates as it made progress.