Electrofab, Subway Going Out Of Business 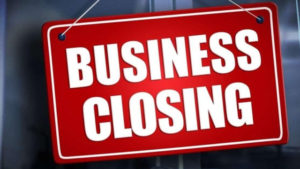 News that yet another factory is set to cease operations comes as a major blow to the local manufacturing sector as it comes on the heels of the closure of Lutron Liamuigua in March of this year.

Opposition Leader Dr. Denzil Douglas made the claim earlier this week, saying the factory which makes robotics parts will soon close and almost 100 employees, mainly females, will go on the breadline.

With the exit of Electrofab, that leaves just three manufacturers at the CA Paul Southwell Industrial Site, St. Kitts Brush, Jaro Electronics, and Kajola Kristada, along with Harowe Servo Controls based in Sandy Point.

In related news Freedom FM has confirmed that Subway located on the corner of Victoria Road and Cayon Street will also be going out of business.

After more than 10 years of operations in St. Kitts, the franchise will close its doors on October 16.

The owner did not not go into detail about the reasons for the closure but thanked customers for their patronage over the years.