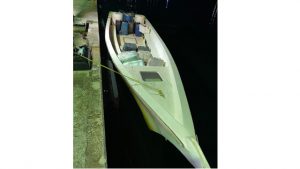 Four drug smugglers were detained by members of the Dutch Caribbean Coast Guard near Curaçao on Saturday during a large drug bust.

The coast guard said its monitoring team observed a smuggler vessel entering the waters of Curaçao from Venezuela.

A patrol vessel was sent to intercept the smugglers.

The coast guard caught the smugglers before they could offload their contraband and upon investigation discovered approximately 192 kilos of cocaine and 248 kilos of marijuana.

The four smugglers, who are Venezuelan nationals, were detained and handed over to the Curaçao Police Force.

The Coast Guard said it would continue to intensify its checks at sea in the coming period.

“These controls are aimed at guarding borders against illegal drug transport, illegal migration, human trafficking and firearms smuggling. To optimize our territorial waters and coastline we also request the help of the citizens. As an alert citizen, you can Inform the coastguard when observing suspicious or dangerous situations at sea,” the coast guard said.