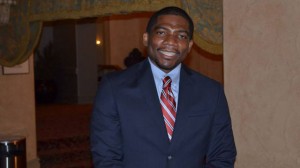 Labour Candidate for Constituency #8 Dr. Terrance Drew says the Team Unity administration has no idea what it is doing with regard the promised national health insurance coverage scheme, which will lead to even further delays in bringing the initiative on stream.

“You can remember very clearly that during the last election while we were speaking about universal healthcare Eugene Hamilton and Unity were taking about health insurance. I said then that Hamilton had a conceptual problem, a philosophical problem when it comes to the issue of healthcare…This Team Unity has dropped the ball. Up to today, Eugene Hamilton and Team Unity cannot present national health insurance to this country when Labour would have started it. And it comes because they really don’t know what to do and how to get it done.

You’re not getting good quality in terms of the leadership in healthcare, so already universal healthcare is threatened.

Dr. Drew is coming up against Health Minister Eugene Hamilton in the upcoming general elections. Calling the Minister a failure in health care, Dr. Drew told supporters that his political opponent will not be able to deliver the National Health Insurance Plan in the time frame promised as many issues are still unresolved. He said the government will simply use the scheme as an election gimmick.

“We are saying that there are components that must be explained to our people before it is brought forward. There must be a policy, there must be legislation and there must be institutional framework, the technology that is needed is not there and so when you hear them say they are gonna deliver national health insurance they cannot deliver it in the time they are speaking.

“What they are going to bring forward is an election gimmick.

“The big question is: where is the money going to come from? You need almost another 80 to 100 million dollars to run it- where is the money going to come from? With an economy growing at just two percent it surely cannot be just taxes alone. So they really don’t have the funding necessary to push this forward and so look out, because they might be taxing you to bring this forward and they are hiding that from the people of St. Kitts and Nevis.

“So anything they come with is really a farce and not what is really supposed to be the final draft when it comes to national health insurance.”

While the government has been pushing back the goal post for the implementation of Universal Health Insurance for all citizens and residents, the initial cost has been estimated at over $160 million and officials say it will be funded by a combination of wage deductions and increased and new taxes.