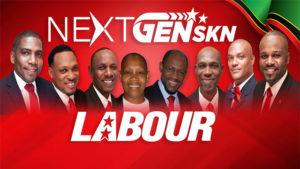 Opposition Leader Dr. Denzil Douglas maintains full confidence that after what his St. Kitts Nevis Labour Party has deemed a “disastrous” first term under Team Unity, the electorate will return them to office at the next polls.

Speaking at a recent party town hall meeting, Dr. Douglas said his party has been consulting with citizens at home and abroad, and they are discontented with the governance of the present regime.

“I can say very clearly that our people desire to have a government that serves all the people and not just some of the people, especially the families of the Prime Minister and the Ministers of government, and they want to protect the justice system from political interference; they want a civil service and Police Force that are depoliticized and where public servants in particular, can be promoted on the basis of their training and hard work, and serve the public with even-handedness.

“They want to make sure that what has happened under Dr. Harris will not happen any further in the future of St. Kitts and Nevis.”

In the run up to the general elections constitutionally due in May 2020, the former Prime Minister is promising the populace “Next Gen SKN”, a young slate of Labour Party Candidates who under his leadership, will bring a new approach and perspective to government. 50% of the Labour candidates are new to politics.

“Our future is very exciting with these young people readying themselves to serve you honestly and decently. I ask for your support on their behalf; this is not about me, I have served; it is the emerging era of the Next Gen SKN that is all about the people of St. Kitts and Nevis.

“So I ask you to reach out for God’s sake and make s difference for yourselves and for your country by supporting every single member of this team in every single constituency that we will be fighting in the elections. This is an era of next-gen services and leadership and it is eventually now at hand.

“I dare Harris to call the elections and give you the people the opportunity to elect and to serve the Next Gen SKN team of Labour.”

Meanwhile members on the government side say there can be nothing new from the Labour Party under the same old leadership that was rejected by the people in 2015.