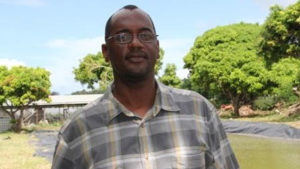 “There’s not a single instance in our history where any parliamentarian from [Nevis] has accepted both salaries.”

That was Nevis Reformation Party candidate in the federal elections, Dr. Kelvin Daly, who claims that while Nevisian politicians have held office in both the Nevis and Federal government, being paid two full salaries each month is precedent setting.

The debate over parliamentarians receiving pay from the Nevis Island Administration and the Federal government emanated from then Premier Vance Amory and then Deputy Premier Mark Brantley being elected to office as federal ministers in 2015 under the Team Unity coalition administration.

While Minister Amory no longer holds office in the NIA, Premier Brantley continues to hold portfolios in both governments.

Premier Brantley, responding to criticism that accepting two salaries was somehow wrong, said it was a case of the fox calling the grapes sour since members of the NRP had contested both elections with a view to holding office in the NIA and Federal government but were unsuccessful. He noted several former Nevis politicians who also carried out dual roles, saying it was not an arrangement that began with him and that the constitution allows it.

Speaking on a recent edition of Freedom FM’s talk show Issues, Dr. Daly said while parliamentarians may have played dual roles in the past, they did not get two salaries. He accuses Premier Brantley and former Premier Amory of taking advantage of a loophole in the law.

“Most of what he’s saying is pure crap. He labels our criticism as propaganda – what is propaganda when you’re telling the truth. It’s always the case where the person has chosen the higher of the two if it came to a situation like that. This is unprecedented and we believe, unethical for persons to parade themselves saying it’s propaganda that’s being perpetuated against Mark Brantley; please, come again. These are not talking points that will go away, because it’s unethical what is happening. There is no instance anywhere in the Caribbean, whether it’s Antigua and Barbuda, Trinidad and Tobago, where parliamentarians have sat in both houses and have been paid both salaries.

“It is unconscionable. You cannot serve in that capacity fully, engage fully, so why take on that responsibility of being Foreign Minister and Premier and you have now failed at both.”

“NRP changed their own Constitution to prevent anyone from pursuing federal and local posts. Why hasn’t CCM followed suit? Understand something- the constitution did not make provision for- because I guess the framers did not envision something like this happening- obviously it’s a loophole and he has driven right through it. Both him and Premier Amory have taken advantage of that.

This lack of a clear definition of what should happen has existed since the Constitution was framed. Why haven’t other persons taken advantage of it? Nobody in their right man could have foreseen that persons looking at this as a windfall would really be coming to reality. I never imagined any instance where persons who serve in both St. Kitts and Nevis would agree to take two salaries. I could understand an allowance…but when you go and take two full salaries, two allowances, is going above and beyond anything that was conceived by the framers.

“He is trying to throw mud in the water by saying there is precedence.”

Dr. Daley, who will come up against Premier Brantley in the upcoming federal elections says the Premier has failed at both jobs he is currently being paid for.