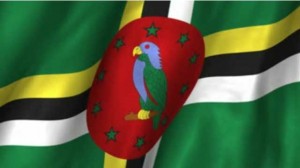 An estimated 81,000 Dominicans are voting for a new government on Tuesday in a snap general election boycotted by the main opposition political parties.

The 182 polling stations opened at 7 am (local time) and will close 10 hours later.

Prime Minister Roosevelt Skerrit, 50, who has been in office since 2004, called the polls two years ahead of the constitutional deadline. Skerrit is among six ruling Dominica Labour Party (DLP) candidates assured of a seat in the 21-member Parliament after they were nominated unopposed for the election that the opposition parties have described as a “sham”

The Electoral Office said 45 candidates will contest the 15 remaining seats with the DLP contesting all seats, Team Unity Dominica five seats and there are 10 independents.

“As you, the electorate, go out the cast your ballot on election day, I take the opportunity to emphasize a very important aspect our electoral process, which is the secrecy of the ballot,” said Chief Electoral Officer, Ian Michael Anthony.

“The Electoral Office encourages all registered electors to cast their ballot on election day, as is their right,” he added.

Deputy Police Commissioner, Lincoln Corbette, said the law enforcement authorities have been put on alert for possible misconduct on election day warning that persons arrested will face the full brunt of the law.

The Electoral Office said 81, 000 persons are registered to cast ballots in the 21 constituencies. But the opposition parties, namely the United Workers Party (UWP), which had three seats in the last parliament and the Dominica Freedom Party (DFP), say the voters list is bloated.

The elections are being monitored by observer teams from the Caribbean Community (CARICOM), the Organization of American States (OAS) and the Commonwealth.