Do Not Play Demonic Game 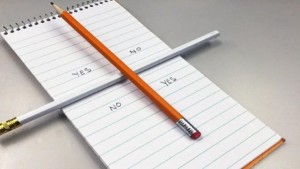 A well-known religious figure has issued a firm warning to members of the public, in particular school children, to desist from playing a new “demonic” game, which is popular on social media.

Bishop Charlesworth Browne of the Christian Ministries Centre said the “Charlie Charlie Challenge” is an evil scourge “from the pit of hell” that should not be viewed as a game.

“I want parents, guardians, children and every single individual to know that this is not a game; it is an evil from the pit of hell,” Bishop Browne told OBSERVER media.

The game involves players balancing pencils over the words “yes” and “no” which are written on a piece of paper. Players ask questions which are supposedly answered by Charlie — a mysterious demon who spookily moves the pencils.

“People are getting sucked into it thinking it’s a game. But as you play, even when you’re through, you have to ask this Charlie to leave and Charlie keeps saying ‘no’,” he added.

In a video shown on Youtube, one player is observed asking, “Will I die today?” to which Charlie supposedly responds by shifting the pencil to the word “yes”.

Several people here who play the game have uploaded their videos on Facebook and Youtube, but Bishop Browne said this “evil” couldn’t have come at a worse time.

“With all that is going on in the schools and on the land, this is a blight on our society. This is another evil that I don’t think we have the capacity to bear.

“God forbids that Antigua has anything like this truly descending upon it more than it has already. I want encourage people to turn to God and not to evil,” he said.

The outspoken religious leader is also advising curious residents not to research the game as that simple act can also lead to dire consequences.