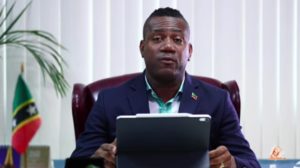 Deputy Prime Minister Richards, in a video statement on Wednesday, expressed his dissatisfaction with the ruling.

In awarding Carty EC$275,000 in general damages, Justice Ventose noted noted it was to compensate him for “the wrong he has suffered and the damage to his reputation; to vindicate his good name; and for the distress, hurt and humiliation which the defamatory publication” Richards caused Carty.

Richards, the People’s Action Movement (PAM) parliamentary representative for St Christopher 5, sat on the opposition benches when the defamation remarks were made on January 13 and 16, 2010 on political platforms.