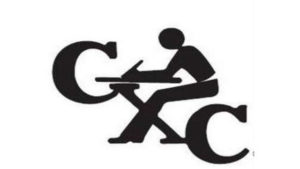 KINGSTON, Jamaica— The Caribbean Examinations Council (CXC) has announced that exam results for the June/July 2021 sitting will be released in early to mid-October.

The regional exams commenced on June 28 and were completed on July 30, after they were initially delayed to allow more time for candidates to prepare.

In a statement on Thursday, the regional examinations body said it was “working assiduously to minimise the impact of the delays occasioned by the disruption of COVID-19 protocols on the logistical operations associated with the marking, grading and release of examinations results”.

The release of results, according to CXC, will take a three-tiered approach:

Firstly – Release to the Ministries of Education

Secondly – Joint meeting with the Ministry of Education

Thirdly – Release to candidates on or before 15 October 2021.

n relation to St Vincent and the Grenadines, which was impacted by a volcanic eruption earlier this year, CXC said it will take a two-tiered approach. This would involve the results being released to that country’s education ministry, followed by release to candidates on or before October 20.

In the meantime, CXC indicated that its team is in “contact with regional and international higher education institutions to communicate this timing to minimise the possibility of students being disadvantaged during the matriculation process”.