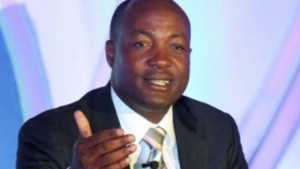 Based on the form of the two teams in the tournament, most pundits have already written of the Windies’ chances but Lara, a former captain, is not in that camp.

“I feel a bit patriotic, but I see West Indies beating New Zealand in Wellington because they have the team,” Lara said.

New Zealand dominated Group A of the preliminary round, finishing unbeaten to top the group with 12 points.

In contrast, West Indies struggled, losing three of their six matches to finish on six points, alongside Ireland. However, they sneaked into the quarter-finals courtesy of a superior net run rate.

The key to the Black Caps’ success has been the excellent new-ball pair of Trent Boult and Tim Southee, the brilliance of openers Brendon McCullum and Martin Guptill, the solidity of Kane Williamson at number three, and the flamboyance of the likes of Ross Taylor and Corey Anderson in the middle order.

West Indies, meanwhile, have been inconsistent in all departments, and have struggled in both their batting and bowling.

Lara, who quit international cricket following the 2007 World Cup in the Caribbean, said West Indies needed to improve at the top of the order and said Lendl Simmons could prove to be pivotal there.

“West Indies have to bat technically better batsmen at three, someone like a [Denesh] Ramdin or [Lendl] Simmons,” Lara pointed out. “Lendl can anchor the innings and bat for a long time.”