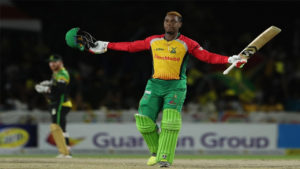 The 25-year-old top-order batter has been with the Guyana Amazon Warriors since 2016 and played 47 matches with one ton and eight half-centuries under his belt.

Hetmyer, a key figure in the West Indies set-up, has shown leadership skills from his youth days when he led West Indies Under-19 to their first ICC youth World Cup title.

“I’m really happy to be appointed captain of my country franchise,” said Hetmyer. “I’m excited to lead this group of men. I can’t wait for the CPL to begin.”

Chairman of Guyana Amazon Warriors, Dr Bobby Ramroop stated that “we are pleased to appoint our first Guyanese captain since the 2013 season. Hetmyer has been a main part of our setup over the years and we believe the time is right to have him lead the team.”