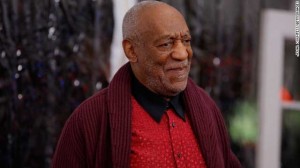 LOS ANGELES (AP) – Los Angeles prosecutors yesterday declined to file any charges against Bill Cosby after a woman recently claimed the comedian molested her around 1974.

The Los Angeles County district attorney’s office rejected filing a misdemeanour charge of annoying or molesting a child under the age of 18 because the statute of limitations had passed.

Days before Huth spoke to police, she accused Cosby in a civil lawsuit of forcing her to perform a sex act on him in a bedroom of the Playboy Mansion when she was 15 years old. Cosby’s attorney said that Huth attempted to extort $250 000 from the comedian before she sued and that she’d attempted to sell her story to a tabloid a decade ago.

Cosby is seeking a dismissal of Huth’s lawsuit, arguing it is blocked by the statute of limitations.

Huth told police that Cosby molested her and that she had no further contact with him after the incident, according to a summary of her allegations included with the prosecutor’s decision.

In rejecting the case, prosecutors evaluated the charge Cosby would have faced in 1974. Prosecutors took into account legislative changes that extend the statute of limitations for certain crimes but found no way that Cosby could be legally prosecuted.

“It is our understanding that the decision not to prosecute was based on the statute of limitations and not on the merits of Ms Huth’s claims,” Huth’s attorney, Gloria Allred, wrote in a statement.

Huth is one of at least 15 women who have come forward since early November with claims that Cosby sexually assaulted them decades ago. Most of the women say the comedian drugged them before he assaulted them. She is one of two women suing Cosby; a second woman is suing for defamation.