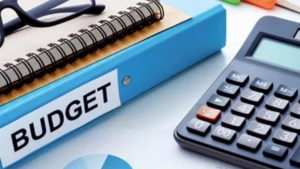 As the government prepares to unveil its projected income and expenditure for fiscal year 2020 later this week, social commentator Dr. Patrick Martin questions if Prime Minister Dr. Timothy Harris will be painting a rosy picture of the country’s financial affairs as it is an election year.

“Government budgeting is not materially different to household budgeting. It is all about balancing money flowing in and money flowing out. However, one can get lost in the jungle of terms and numbers, and as a wise citizen once said, “Statistics do not lie, except if you put them in the wrong column”. Statistics can be arranged to paint a rosy picture where is none. For example, a boast of surplus is meaningless to human beings suffering the fallout of inventory shortfalls and gaps in building maintenance.

Money flows to government as tax and non-tax revenue generated by activity in local and external economies. According to the ECCB, since 2015, GDP growth in the Federation declined to minus 1.98% in 2017. Economists call that “contraction”, which translates to “tings brown” in local parlance.

Less money should be flowing out because of land-for-debt swap, and the absence of major shocks this year. However, public corporation debt and NIA debt guarantees may increase overall central government debt.

Dr. Martin says the public should expect to hear an account of the monies spent in 2019 on a number of government projects including the new cruise pier.

“Recall the Minister of Finance demanding measurable results for $ 200 million dollars sent across the shark-infested waters. Since example set is example followed, budget watchers should expect his complete accounting for the $150-million-dollar cruise pier whose construction started before all of the required surveys were done. Similarly, for the $31 million Old Road Bay Rehabilitation Project started without the impact assessments required by law, and, lest we forget, the new Basseterre High School whose cost projections approached $100 million.”

What is almost a certainty he says, is that money will be flowing in this election cycle, but what citizens should pay close attention to is where the government chooses to spend its money as this is an indication of what it deems important. Dr. Martin predicts that after the fun, festivities, and government generosity, the election date will be announced.

“Spending in 2020 should be outcomes- and impact focused. Recall the Minister of Finance demanding measurable results for $ 200 million dollars sent across the shark-infested waters.

Allocation generosity is understandable especially in an election-year. As a public confidence-builder, now is the opportune time for government to unleash the 2015 promise of a best-practice accounting framework. Budget watchers know a budget is a numbers game just like an election. We will give close attention to the allocations to health care, social care, education, youth, sports and the arts. If these portfolios remain under-resourced, they are either not important to the incumbent’s reelection or are being sacrificed to show a surplus.

“Very, very close attention will be directed to the allocations to the ministries responsible for public infrastructure and social assistance, and the Office of the Prime Minister. They are funding streams for projects.

“#StayAwake is a useful motto to muster up the vigilance and discipline required to deflect the hype of VAT deals, Christmas decorating, and general festivity. Failing that, boundary changes and the election date “will be dropped like a bomb on the unwary” (a famous Bradshaw saying).”

The government’s 2020 budget estimates will be delivered in the National Assembly on Thursday, December 12.