Choksi’s citizenship to be revoked 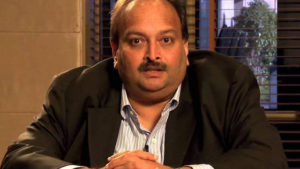 Over the weekend, Prime Minister Gaston Browne said the Government of Antigua and Barbuda has made it a priority to ensure that individuals who will benefit from the country’s Citizenship by Investment Programme (CIP) undergo intense scrutiny.

However, while there are a few who may circumvent the process, he made it clear that recourse is available and, particularly in the case of alleged fraudster Mehul Choksi, Browne said that his Antigua and Barbuda citizenship will be revoked in short order.

“His citizenship was processed; he got through but the reality is his citizenship will be revoked and he will be repatriated to India; so there is recourse. It’s not a case that we are trying to provide any safe harbour for criminals, for those who are involved in financial crimes,” the prime minister said.

“We have to allow for due process. He has a matter before the court and as we said to the Indian Government, criminals have fundamental rights, too, and Choksi has a right to go to court and defend his position. But I can assure you, after he has exhausted all of his legal options, he will be extradited.”

To remedy the ongoing problem of criminals attempting to sidestep the CIP and use the twin island as a place of refuge, Browne said that further measures and due diligence will be implemented going forward.