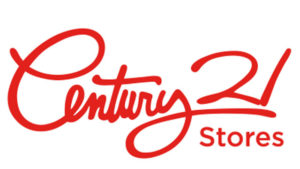 New York department store chain Century 21 filed for bankruptcy Thursday and said it will shut down its business.

Century 21 has 13 stores mostly in New York City and the surrounding metropolitan area. As of Thursday, it had 1,400 employees. The company blamed the lack of payment on its business interruption insurance as the cause of its demise.
Department store chains large and small were struggling even before the Covid-19 pandemic caused stores to shut temporarily and shift more purchases online. Stores that depended on clothing sales, such as Century 21, have been hit particularly hard as millions of people are out of work and millions more are working from home and not needing to buy as many dress clothes.
Larger, national department store chains, such as JCPenney, Neiman Marcus and Lord & Taylor have filed for bankruptcy during the pandemic, with Lord & Taylor announcing its own plans to shutdown.
But Century 21 said the final straw was the fact that it did not get $175 million it had filed for under its business interruption insurance for the revenue it lost when pandemic forced store closures. It said similar insurance payments saved it 19 years ago in the wake of the September 11 terrorist attacks — it had a store directly across the street from the World Trade Center, which was destroyed. But the company said it has not been able to get payments this time.
“We now have no viable alternative but to begin the closure of our beloved family business because our insurers, to whom we have paid significant premiums every year for protection against unforeseen circumstances like we are experiencing today, have turned their backs on us at this most critical time,” said Century 21 co-CEO Raymond Gindi.

Many companies that file for bankruptcy use the process to shed debt and other liabilities and stay in business. JCPenney and Neiman intend to stay in business. Some, including most US airlines and General Motors (GM), have come out of bankruptcy and gone on to post record profits. But success stories in retail are more difficult. Century 21 said without the insurance money it believes it was owed, it makes sense to proceed directly to a liquidation.

“While retailers across the board have suffered greatly due to Covid-19 … we are confident that had we received any meaningful portion of the insurance proceeds, we would have been able to save thousands of jobs and weather the storm.”
But Michael Barry, spokesman for the industry trade group Insurance Information Institute, an industry trade group, said most business interruption insurance policies do not cover the losses from pandemic-forced shutdowns earlier this year.
There typically must be direct physical damage to a company’s place of business for these policies, also known as “business income policies,” to pay a claim for lost revenue, he said.
“There are a number of businesses nationwide who are suing their insurers, believing the a business interruption policy pays out when there is no direct physical damage,” he said, adding that ccourts have been upholding insurer’s arguments. “In order to have the resources to pay their legitimate claims, insurers must deny ones in which they are not an obligation to pay.”
Those legitimate claims include businesses shuttered because of damage caused by protests or riots in some US cities, or by wildfires or wind damage from storms like Hurricane Laura.
Barry estimates that only 35% to 40% of policies written to medium sized businesses and larger have business interruption insurance. But he said almost all have the same exclusions.
“To sell a policy that covers everything would be prohibitively expensive to the point where no one would even buy one,” he said.