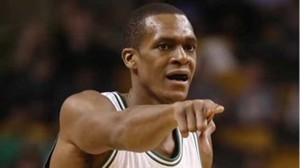 BOSTON — The Boston Celtics traded point guard Rajon Rondo to Dallas on Thursday night, cutting ties with the last remnant of their last NBA championship while giving Dirk Nowitzki and the Mavericks a chance at another title.

Boston got a first-round pick in next year’s draft and a second-rounder in 2016. The Celtics have eight first-round picks in the next four years, picking them up in trades for Kevin Garnett and Paul Pierce and even coach Doc Rivers as they shed the pieces of the New Big Three that earned the franchise its unprecedented 17th NBA title in 2008.

“We would not have won Banner 17 without Rajon and will always consider him one of our most valuable Celtics,” the team’s owners said in a joint statement. “We will always cherish the time he was here.”

The Mavericks get a pass-first point guard — a four-time all-star — to team with Nowitzki, Monta Ellis, Chandler Parsons and Tyson Chandler in what they hope will make them a contender again. Dallas is 19-8 this season but in third place in the Southwest Division and sixth in the Western Conference.

The Mavericks, who won their only NBA title in 2011, have not won a playoff series since.

The deal has been years in the making, with the Celtics shopping Rondo every time a coach grows tired of his moods or his contract expectations grow too large for their budget. But every previous time Boston management decided that the offers weren’t enough.

Celtics general manager Danny Ainge found a partner in Dallas, which is coached by his former Boston teammate Rick Carlisle.

Rondo, 28, joined the rebuilding Celtics as the 21st overall pick out of Kentucky in 2006 and became the point guard for an NBA champion in his second year when Boston acquired Ray Allen and Kevin Garnett the next summer. They helped the Celtics reach the NBA finals again two years later.

With the once-proud franchise mired in what now looks to be an extended rebuilding process, though, Rondo became more valuable as a trading chip. Due to be a free agent at the end of the season, he was reportedly expecting a contract at or near the NBA maximum.

Rondo has averaged 11 points, 8.5 assists and 4.7 rebounds over his career. He missed the second half of the 2012-13 season and the first half of last season to have reconstructive knee surgery, and then reportedly fell in the shower in Las Vegas on the eve of training camp and missed all of the preseason.

In 22 games this season for Boston, Rondo had an NBA-best 10.8 assists per game and also averaged 8.3 points and 7.5 rebounds.

Nelson, who signed a two-year, $5.5 million deal last summer after 10 seasons in Orlando, was starting at point guard for Dallas, averaging 7.3 points and 4.1 assists while shooting 37 percent from the field.

Wright has played about 19 minutes a game, averaging 8.8 points, 4.1 rebounds and 1.6 blocks. Crowder has averaged 3.6 points per game for Dallas.

Powell has totaled nine points and nine minutes in five games for Boston this season as the Celtics (9-14) opened their second season under new coach Brad Stevens.