Home / National / Carty: CARIRI and CARPHA to be invited to return to St. Kitts

Carty: CARIRI and CARPHA to be invited to return to St. Kitts 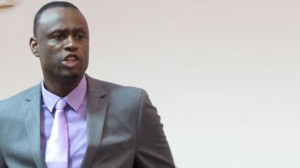 BASSETERRE, ST. KITTS, OCTOBER 27TH 2014 (CUOPM) – Minister of Education, Sen. the Hon. Nigel Carty said disclosed Friday that two regional organisations will be invited to return to St. Kitts to continue finding a long-lasting solution to the problem at the Basseterre High School.

In a lengthy statement in the St. Kitts and Nevis National Assembly on Friday Minister Carty noted that three (3) years into the problem officials of the Ministry of Education and the Ministry of Health met with the Basseterre High School Staff the day before to further discuss their concerns.
“In addition, a report on the health issues was presented based upon the cases documented by the nurse at the school. The report highlighted that there were only 11 repeat cases and 7 referrals over a six week period. Referrals are cases that an experienced nurse was not able to make conclusion about without the assistance of a medical doctor. There was an indication of 4 recommendations, 3 relating to the management of asthmatic cases,” said Minister Carty, pointing out that this is consistent with CARPHA’s observation of July 2014 that there are many cases of allergies and asthma at the school.

He also disclosed that the last recommendation of the nurse’s report suggested that there was no specific trend of illness identified and that the nurse’s monitoring should continue.
“As usual, this report is being rebuffed with suggestions that the report does not include the majority of cases,” said Minister Carty.
He said that since school opened in September 2014, with the assistance of the Caribbean Development Bank and the Basic Needs Trust Fund (CDB/BNTF) the third form classroom block has been renovated and a second is soon to be completed.

At Thursday’s meeting, with staff at Basseterre High School, the Ministry of Education offered to expeditiously repair two other blocks where concerns with pests have been identified.
“Some work was done on these blocks earlier, but we are prepared to go even further. The Ministry of Health and its support to document and deal with any health issues. At last Friday’s Joint Strategy Meeting, the Ministry of Health offered support to deal with the high level of anxiety which understandably exists among staff and students,” said Minister Carty.
“We will bring back CARIRI and CARPHA as we continue the resolution of this matter,” said Minister Carty.

He made the following observations: “Abandonment of spaces: labs in 2011/2012; school in 2014 – has exacerbated concerns; Heightened talks/abuse of reports/emotional exploitation have had an impact on staff and students’ understanding of their personal wellness; this has always been a matter raised by teachers first and most, especially female teachers (in fact only 1 male teacher has reported symptoms).”

Mr. Carty also expressed concern about the stability of both the Basseterre High School and the Washington Archibald High School.

“We are concerned about the stability of BHS, in fact about WAHS as well, given the recent garbage that has been deliberately peddled to precipitate or aggravate friction between the two schools, with the full knowledge that the Ministry of Education has identified a shift system at the Washington Archibald High School as an option, if so advised. There are matters of facts and emotions. Therefore, we are listening and trying to resolve this matter from those two angles,” he said.

Mr. Carty said too that EC$7 million has been already spent and there is the continued support of the Minister of Finance, the Right Hon. Dr. Denzil L. Douglas.

“We work with advice of Public Head for Agencies as we think we ought to. We need to be careful that we are not setting a precedent for allowing decisions to be made in the absence of a full evidentiary basis. We must also be careful that the teachers and peoples’ children and the education system are not taken for a ride on a platter of expediency. However, with the high level of anxiety, even in the absence of the requisite full medical/clinical evidence, we will address this matter with the full cognizance of all elements (physical and emotional) at the heart of our consideration,” said the Education Minister.