Caribbean reacts to mass murder at gay nightclub in US 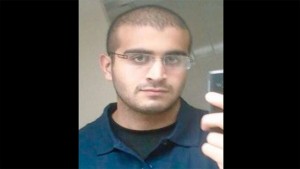 PORT OF SPAIN, Trinidad, Monday June 13, 2016 — The shooting at a gay nightclub in the US state of Florida that left 50 people dead and 53 others injured – the deadliest mass shooting in American history – has triggered shock and condolences in the Caribbean.

Omar Mir Seddique Mateen, 29, shot 103 people between 2 a.m. and 5:54 a.m. yesterday at Pulse nightclub in Orlando, Florida before being killed by police.

According to Trinidad and Tobago media, the city where the incident occurred has a large population of twin-island republic nationals, and Attorney General Faris Al-Rawis said he has been in contact with police there to ascertain whether any Trinidadians were among the dead or injured.

“On behalf of government, I can only condemn persons who mounted this attack and offer prayers and sympathy for the victims and their families who have Sunday awakened to the tragic news of such a savage incident. We are ever vigilant,” he said.

Jamaica’s Prime Minister Holness also extended condolences to the American people. In a letter to the US Ambassador to Jamaica, Luis Moreno, Holness wrote: “The people of Jamaica have been good friends and supporters of the people of the United States of America; you have stood with us constantly throughout our history and we stand with you today as you grieve and seek answers.

“The world must finally deal with terrorism and gun violence, which continue to scar our quest for peace and brotherhood among peoples. The people of the United States of America are constantly in our prayers, as we have been in yours in our times of tragedy and pain. We stand together with you as brothers and sisters committed to a better world for our peoples.”

Mateen, who had been employed with G4S Secure Solutions since September 2007, called 911 from outside the nightclub and pledged allegiance to the Islamic State and mentioned the Boston Marathon bombers, before beginning his assault with a handgun and assault rifle.

At the time, more than 300 people were in the club, which promotes itself as “the hottest gay bar in Orlando”.

Mateen’s father, Afghan national Seddique Mateen, told NBC News that his son had recently become enraged after seeing two men kissing in front of his family, while in neighbouring Miami. He insisted that his son’s attack had nothing to do with religion.