Home / Regional / Caribbean Airlines gets busy out of Barbados and Jamaica

Caribbean Airlines gets busy out of Barbados and Jamaica 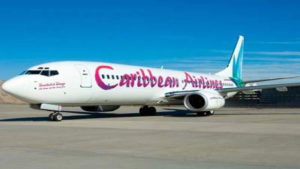 Caribbean Airlines (CAL) may be the national carrier of Trinidad and Tobago, but during the Covid-19 pandemic and with this country’s borders being closed, CAL is setting up a hub in Barba­dos to service the Eastern Caribbean.

She told the Sunday Express that CAL’s pre-Covid plan was to expand into the Eastern Caribbean, and as borders are slowly opening up, the airline is repositioning its hub temporarily.

CAL’s plan to increase its service to the Eastern Caribbean comes as the subregion’s dedicated carrier, LIAT, is in the process of being reorganised to avoid being liquidated.

On June 27, the shareholders of LIAT agreed to put LIAT into liquidation after having received a recommendation from the airline’s board of directors meeting a few days earlier.

Some 94.7 per cent of LIAT is owned by four Caribbean Community (Caricom) countries: Barbados (the biggest shareholder), followed by Antigua and Barbuda, St Vincent and the Grenadines, and Dominica.

CAL has already set up a hub in Jamaica to service flights from Kingston to New York, Miami and Toronto.

The airline began daily flights from Kingston to New York on July 6, and weekly flights between Kingston and Toronto started on July 8. The airline’s chief executive officer, Garvin Medera, said in a news release on June 30 that the Kingston-to-Toronto route was to be increased to twice weekly, with an additional service on a Sunday from July 19.

In that statement, Medera also said “pending approvals, we plan to reintroduce our daily Kingston to Miami, Florida, route shortly after these initial services”.

The carrier was also due to resume services between Antigua, Barbados and Kingston yesterday, with the service to these destinations being offered twice weekly. In addition, it will resume its flight to Nassau, Bahamas, on July 31.

In the June 30 statement, the airline said the reintroduction of the flights is part of CAL’s phased restart of its commercial operations out of Jamaica.

“It is imperative that on receipt of the approval e-mail, applicants follow the additional instructions in the e-mail. This allows them to download their travel authorisation document,” CAL said.

“This downloaded authorisation document presents the user with a unique barcode and application reference number, along with their name, date of birth and passport number, which must be presented at check-in.

“Persons who are unable to present the downloaded approval authorisation with the unique barcode may not be accepted for tra­vel. Persons will not be allowed to travel without meeting the requirements as outlined by the Jamaica Ministry of Health and Immigration Servi­ces,” the company added.

Information in a Ministry of Finance report on the appointment of directors to the boards of State enterprises indicates the government of Jamaica owns 16 per cent of CAL while the T&T Government owns 84 per cent.

CAL issued a statement on Thurs­day advising anxious T&T pas­sengers that “the borders of Trinidad & Tobago remain closed to regular, scheduled passenger flights. As such, the airline is not operating international commercial flights out of or into Trinidad & Tobago at this time”.

That statement came amid questions on social media about T&T’s national airline announcing airlift out of Barbados and Jamaica, but not T&T.

On July 12, the chairman of Caricom and Prime Minister of St Vincent and the Grenadines Dr Ralph Gonsalves told the Sunday Express he was confident that CAL will fill the aviation gap left by the liquidation of LIAT in the region.

What Gonsalves envisioned then was a hybrid of regional carriers—one main airline—CAL and smaller airlines—the Turks and Caicos-based InterCaribbean, the St Vincent owned-One Caribbean and SVG Air operating throughout the region to fill the breach caused by LIAT’s grounding.

CAL, Gonsalves had said, can comfortably handle at least 80 per cent of the routes, with the smaller airlines filling up the gap.

Ligoure said CAL’s crew would comprise locals and they would be clothed in full PPE (personal protective equipment) for the flights.

She said crew would have to abide by the regulations of the public health authorities in each island.

She noted also that all passengers have to wear a mask for the duration of the flight, with the requi­red social distancing on commercial flights.

“As the borders are slowly being opened up, we are expanding our services in the region,” she said.

The borders of the Caribbean islands were closed temporarily to stave off the Covid-19 spread on the islands, but now that new cases have stabilised in islands, the borders are being reopened. The Caribbean depends on tourism.

While other countries in the region have been reopening their borders with strict Covid-19 protocols in place, the current administration in T&T has refused to consider reopening this country’s borders, claiming to do so would place the entire population in jeopardy.

Coming out of a virtual meeting of top officials of the Antigua, Barbados and St Vincent governments on Monday, Antigua Prime Minister Gaston Browne said his colleague prime ministers had agreed to sell the shares in LIAT held by their countries to Antigua.

“One of the interesting things coming out of the meeting is that both Barbados and St Vincent and the Grenadines, they have agreed to transfer their shares to Antigua and Barbuda for the grand sum of $1 each; and the aggregate shares that would be transferred to Antigua and Barbuda would be around 60 per cent between the two governments. So I think that’s a responsible proposition,” he said.

Such a move would result in Antigua owning over 80 per cent of a smaller LIAT. Part of the airline’s scaling down would be due to its need to sell three ATR aircraft that were purchased by the main shareholder governments in 2013 from the proceeds of a US$65 million loan from the Caribbean Development Bank (CDB).

“What that will do, that will help to literally eliminate the debt from LIAT’s books for those planes, and in addition, the proceeds will be utilised to pay down the loan, even though there would be a residual value. The governments will continue to make payments on the residual value after the proceeds of the planes are applied to the loans at the Caribbean Development Bank,” Browne explained last Tuesday.

CAL currently has a fleet of 19, comprising seven ATR 72-600s and 12 737-800s aircraft. Sources told the Sunday Express yesterday that CAL is set to lease an additional two ATR aircraft from a company in Denmark, pending the full reopening of T&T’s borders.