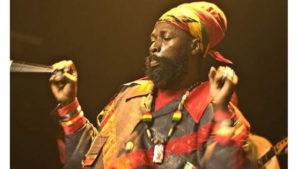 Popular entertainer Capleton, whose given name is Clifton Bailey, was this morning offered bail in the sum of $250,000 when he appeared in the Kingston and St Andrew Parish Court on a rape charge.

Parish Judge Vaughn Smith offered bail on condition that Bailey should not have any contact with the complainant.

The entertainer was on Saturday arrested by detectives assigned to the Centre for the Investigation of Sexual Offence and Child Abuse (CISOCA) after his hairdresser reported that he had raped her.

According to the Corporate Communications Unit (CCU) of the Jamaica Constabulary Force, on Saturday, April 28, around 11:20 am, Bailey hired a female hairdresser to groom his hair at a hotel in the New Kingston area.

The report further stated that, while at the hotel, he forcibly had sexual intercourse with the woman.

Bailey’s lawyer, Christopher Townsend has since cried foul and alleged that the entertainer is being extorted.

“CISOCA (Centre for the Investigation of Sexual Offence and Child Abuse) didn’t seem to be interested in that at all though we have hard evidence contradicting what was complained of,” Townsend said.