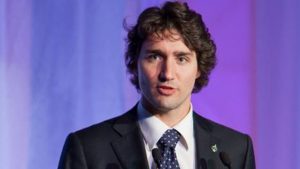 Canada’s Prime Minister Justin Trudeau will be traveling to Bridgetown, Barbados next week for the 31st Intercessional Conference of Heads of Government of the CARICOM where he will participate in group discussions and bilateral meetings with the CARICOM leaders.

The announcement was made Tuesday via a press release from Prime Minister Trudeau’s office.

Trudeau is to fly to Barbados on Monday for the two-day visit.

The purpose of the foreign head participating in the regional meeting?

According to his office the Caribbean region and Caribbean states are important political, economic and cultural partners of Canada, and the visit will serve as an opportunity to further strengthen its partnership with this regional grouping to build even stronger ties with the region.

The Prime Minister will discuss challenges of mutual interest, including protecting oceans and the environment in the fight against climate change, as well as creating good jobs for the middle class and sustainable economic growth.

Commenting on his presence at the February 18-19 meeting Prime Minister Trudeau said “Canada and Caribbean countries have always had strong relationships and almost one million people of Caribbean descent live in Canada. These relationships are based on shared values and partnerships in the fight against climate change, the promotion of democracy, trade, economic growth, and security. I look forward to meeting the leaders of CARICOM to discuss how we can work together to strengthen the Caribbean, and build a better world.”

However Trudeau’s opponents say the trip is part of the Prime Minister’s campaign to win Canada a seat on the United Nations Security Council. That vote is set to take place in June.