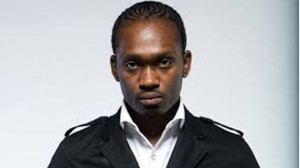 The management of dancehall deejay Busy Signal has denied the artiste was deported from Panama last weekend.

According to the artiste’s manager Gely Gordon, Busy Signal, 33, was en route to the Jump Festival in Bogota, Colombia, Friday, but was not allowed to transit through Panama by authorities in that country due to his past infractions with the law in the United States.

“He had a one-hour, 20-minute layover in Panama before connecting on the flight to Colombia. He disembarked the plane and then he was informed that they would not allow him to transit through their country due to his past situation,” Gordon told the Jamaica Observer.

“We got the authorities here (Jamaica) to speak to the people in Panama, but they wouldn’t budge. So he was held in the airport and came back to Jamaica on the next available flight, which was the following day. So Busy Signal wasn’t deported, they just didn’t allow him to transit through their country on his way to the show in Colombia,” he continued.

Gordon said efforts were made by the promoters to

re-route Busy Signal, but this would have been futile as he would not have got to Bogota in time for the show

In 2012, Busy Signal (real name Glendale Gordon) served a six-month prison sentence in Minnesota stemming from drug-related charges against him 10 years prior. He had fled that state before going to trial.

He established himself as an artiste on his return to Jamaica through songs like Nah go a Jail Again and Unknown Number.

identity (Reanno Gordon) until he was detained in London in May 2012.

Busy Signal was deported to Jamaica where he was arrested and extradited to Minnesota to face the charges of a decade earlier.