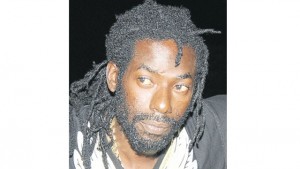 Buju Banton has graduated with a Masters Degree in Music Business Management, (June 7, 2016) from the University of New York while incarcerated.

The reggae artist is an inmate at McRae Correctional Facility, Atlanta, Georgia after he was arrested in December 2009 in Miami with over five kilograms of cocaine

Buju Banton earned a master’s degree while in prison.

His two-count-charge of conspiracy to distribute, and possession of the substance saw him receive a ten-year sentence. That same year, Banton told the Jamaica Observer he was taking classes while serving time and intended to graduate from the degree program before getting out of jail.

Banton said: “I am already going to classes. I have passed the acceptance test and I will be studying political science and economics. I hope to get a master’s by the time I am released. I can do anything I put my mind to; you know that. I have balls of steel. People who know me know that I am very determined and will achieve my goals despite hardships. I will not allow the system to conquer me.”

Buju Banton whose real name is Mark Anthony Myrie is reportedly having his sentence reduced due to good behavior .

Media confirmed, “In January, the US Federal Bureau of Prison indicated on its website yesterday that the artiste, whose given name is Mark Myrie, is to be released on December 8, 2018 instead of the February 2019 date that was initially set for his release.”