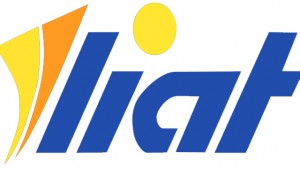 The leader of the second largest shareholder government made the call yesterday on the government- aligned media house, in response to plans, reportedly, by the management of the airline to dissolve the carrier.

“I certainly will be calling in Mr Evans very shortly to discuss with him exactly where that plan emanated from,” Browne said.

Browne said cash-strapped Liats’s struggles have existed for decades and that fault for its dismal state lies squarely at the feet of its directors, who he believes should step down as well.

“We accept that there are legacy issues and that they should be fixed,” he said.

“…The current board of directors, including Mr Evans, undertook to fix those legacy issues. So, if it is that they can’t handle the job, then they ought to resign,” Browne said.

He added that from his understanding the board of directors “practically tripled” the losses at Liat. Browne further called for the board to give an account of their stewardship (and) the resulting failure to make Liat profitable.

Last week Observer media obtained a copy of the proposal which detailed the dissolution of Liat and the creation of a new airline company based in Barbados. Barbados would reportedly return all its shares in Liat in exchange for five of the company’s ATRs to start the new airline, tentatively called Newco.