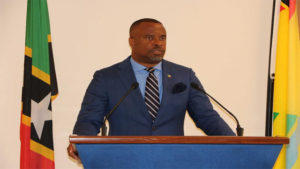 The electorate on Nevis has spoken in the Nevis Island Assembly Elections on December 12, 2022, and the preliminary count indicates that the Concerned Citizens Movement (CCM), under the leadership of Mr. Mark Brantley, will form the new Nevis Island Administration (NIA).

Mr. Oaklyn Peets, Supervisor of Elections in St. Kitts and Nevis, announced at the end of the preliminary count that the CCM had won with three of five seats.

In the Constituency of Nevis 4 (St. James’), Dr. Janice -Daniel-Hodge of NRP won 750 votes over Mr. Alexis Jeffers’ of the CCM with 742 votes, and Mrs. Patricia Mills-Jeffers of the MRM won 11 votes.