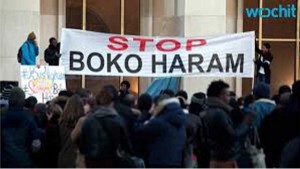 (CNN)Boko Haram, the Nigeria-based Islamist terror group, has pledged allegiance to ISIS, according to an audio message purported to be from Boko Haram’s leader, Abubakar Shekau.

In the audio, which was posted online Saturday, the speaker says Boko Haram is announcing its “allegiance to the Caliph of the Muslims, Ibrahim ibn Awad ibn Ibrahim al-Husseini al-Qurashi,” which is another name for ISIS leader Abu Bakr al-Baghdadi.

CNN has not been able to independently authenticate the message.

But Jacob Zenn, an expert on the terror group and is with the Jamestown Foundation, said the recording appeared to be authentic. He said that while other messages have been faked, the speaker in this one is Shekau.

“Boko Haram joining the ISIS fold makes sense to both groups,” he said from Abuja, Nigeria. “Boko Haram will get legitimacy, which will help its recruiting, funding and logistics as it expands into (French-speaking) West Africa. It will also get guidance from ISIS in media warfare and propaganda. Previously Boko Haram was a sort of outcast in the global Jihadi community. Now it is perhaps ISIS’s biggest affiliate.

“ISIS gets more international legitimacy as a global caliphate.”

Zenn said the allegiance will be official when an ISIS leader such as spokesman Abu Mohammed al Adnani issues a statement.

Boko Haram has had two main factions — one led by Shekau and the other comprising former members of Ansaru, a Boko Haram offshoot. Ansaru had been operating from around 2012 as the Nigerian wing of AQIM (al Qaeda in the Islamic Maghreb). After the French-led intervention in Mali in 2013, a significant number of Ansaru members re-integrated with Shekau, Zenn told CNN.

The prerequisite for Boko Haram joining ISIS coalition was a coming together of two factions.

ISIS connected with former Ansaru fighters within Boko Haram and pressed them to further unify the group’s ranks. The result was the formation of a unity general command between the two factions.

That involved bridging of some ideological differences between the al Qaeda-like Ansaru and the ultra extreme “takfiri”-like Shekau.

The pledge follows a period during which Shekau’s faction had been mimicking ISIS, including praising al-Baghdadi and featuring his image in their videos and photos. Zenn said that until recently there had been little feedback from ISIS, apart from a few references to Nigerian jihadis in recent issues of the English-language Dabiq magazine.

It appears that a month ago ISIS set up a Twitter account on which Saturday’s message was linked, Zenn said. The Twitter handle was mutually promoted by Boko Haram and ISIS.

U.S. doubts about if partnership will be effective

In July, Shekau voiced support for ISIS, and declared a overtaken town in northeast Nigeria to be part of an Islamic caliphate. But he also said he was praying for al Qaeda leader Ayman al-Zawahiri and Taliban leader Mullah Omar.

U.S. intelligence officials have some doubts the two groups would get along.

The CIA’s analysis has been that Boko Haram is very African and rooted in that region’s Islamic practices, even if they have similar fundamentalist interpretations of Islam. And ISIS’s Arab leadership and membership tends to have racist attitudes toward blacks, not unlike the society they come from.

ISIS leaders view Shekau as inferior, partly for racist reasons, the CIA indicated at a briefing for reporters.

Boko Haram, whose name translates as “Western education is sin,” has been waging a yearslong campaign of terror aimed at instituting its extreme version of Sharia law.

Much of this violence has taken place in Nigeria. But neighboring countries, such as Cameroon and Chad, have also been hit increasingly hard.