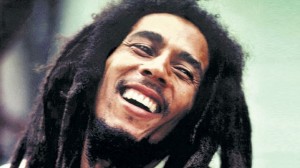 The late reggae superstar is holding the pole position for the 80th week in a row with the album, Bob Marley and The Wailer’s Legend: The Best Of Bob Marley And The Wailers.

This week, Legend — a greatest hits collection first released in May 1984 by Island Records — sold 3,002 copies in pure album sales and received 12,210 total units of consumption from sales and streaming in the US, according to MRC Data. Legend is also currently No 63 on the Billboard 200 Chart, where it has been for 687 weeks.

Shaggy’s Best of Shaggy: The Boombastic Collection is at No 2 and has spent 122 weeks on the Billboard Reggae Albums chart. Sean Paul’s Dutty Classics Collection has moved up to No 3 this week, while American reggae band Stick Figure holds the No 4 spot with their World on Fire album.

UB40’s Labor Of Love is at No 5, while Stick Figure’s Set In Stone is at No 6. Rebelution’s In The Moment is currently at No 7, one month after its release, while the American band’s Live At Red Rocks album is at No 8. Bob Marley and the Wailers’ Gold album is at No 9, followed by Iration’s Time Bomb at No 10.