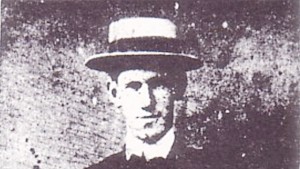 Thomas Manchester was born in Sandy Point in 1890. The son of James Thomas Allan Manchester, a owner of two small estates- Lynch’s and New Guinea. He was also the attorney for the Blake’s Plantation. Thomas was the sixth and the second son of his parents seven children.

Thomas Manchester is undoubtedly the “Father of Kittitian Politics and Trade Unionism”. Popularly and affectionately known as “Mr. Tom” especially by Sandy Point community of his day the tall, lean, fair-skinned planter turned “Revolutionist” threw caution to the wind, distanced himself from his planter class connections and devoted much of his life educating the toiling black masses against the existing capitalist system and championing the cause in the face of immense difficulty and pressure and at overwhelming personal sacrifice.

“Tom” Manchester was born six years before the “Portuguese Riots” at Needmust Estate, where following an industrial dispute over a demand for higher wages, the workers went on strike and burnt fields of sugar cane. Sporadic incidents occurred on estates around the island. The young Thomas Manchester grew up in a middle-class environment and assumed the position as Manager of the family business.

He could not come to terms with a system which permitted the mother country, Britain to distribute jobs in the Civil Service to Europeans and ignore qualified colonial subjects if they are were Black. The system had become so negative that for many a native son who loved his native land, going away to study was going away for good, because unless the qualification was in medicine or law which could provide independent employment and revenue, there was no job to return to in the field that he studied unless perhaps he was white and a part of the Crown Colony establishment. This problem might have been a part of Tom’s experience while a young man in Canada. Qualified with no job to return to, he may have had first confrontation of the British colonial policy. He did return to manage his family business.

Thomas returned to succeed his father as a pillar of the St. Anne’s Anglican Church. He placed his knowledge of building construction at its disposal and was sent by the Bishop to Montserrat to supervise the rebuilding of the Anglican churches there which had been destroyed by hurricane in 1928. It was in Monterrat that he met and married Ada Killikelly, the daugher of the Reverend and Mrs Killikelly of the Methodist Church. They returned to St. Kitts where their only daughter Kathleen, was born. Kathleen did not grow up to know her mother, who had died before she was five years of age.

Thomas Manchester buried his grief in his work, assuming the ownership of Lynch’s Estate and the management of New Guinea Estate which was left to his sisters by their father. He also opened a building materials and hardware store on his property at Main Street, Sandy Point appointing Sandy Pointers to manage it. “Mr Tom” established the St. Kitts Workers League Ltd., and was elected its first President in 1932 at a time when only the most able men – men of earnest sincerity, great courage and precious foresight – would dare to be involved in associations devoted to the up-liftment of workers in the field or the factory or organisations which adopted the anti-colonial posture.

The so – called Buckley’s Riot was not an item in Manchester’s agenda, nor was it a strategy of the Workers’ League to send the workers on this adventure. However, although the leaders were caught by surprise by the workers’ self-assertion as well as by the state of emergency, they quickly identified themselves with the mob, providing a means for some to escape to Statia, Saba and St. Barths, and providing others with legal representation for the trials which followed.

The unrest which arose as a spontaneous expression of the frustration of the workers made Mr. Manchester aware that the workers needed a trade union, to enable them to channel their protests with discipline, and without violence. Mr. Manchester asked his cousin, Edgar Challenger, who had recently returned from Canada, to set up the St. Kitts-Nevis-Trades and Labour Union. Thomas Manchester who had his dream partially fulfilled when elections returned to St.Kitts in 1937 and his party won two of the three elective seats in the new Legislative Council.
The legacy which Thomas Manchester left behind for his fellow Kittitians was fruitful. He had convinced the Moyne Commission in 1936 that what St. Kitts wanted most was the economic and social infrastructure for a viable economy. He therefore advocated the improvement of health and education, the distribution of land for the purpose of establishing a peasantry, the legalization of the trade unions for the disciplined and non-violent resolution of industrial conflicts and the restoration and upgrading of the elective process under which kittitians would choose their own government. The British agreed with the ideas that, if the housing, health and elementary education of the working classes were improved, if a peasantry was established, then the productivity of workers would also improve and economic growth would result; if trade unions were allowed to organize the workers, then organized workers would learn to conduct themselves with discipline so that the likes of the unrest of 1935 would never happen again.

Manchester did not live to see his labours come to fruit. His preoccupation with politics had caused him to virtually neglect his business. His well reported kindness did not help either. He became vulnerable to the planter and business interests who had their own political axes to grind and who had found Manchester’s commitment to the workers to be their antithesis. His businesses had accumulated debt. His creditors threatened to fore-close. His own estate at Lynch’s was sold to keep the ‘bad dogs’ at bay. It did not suffice. His sisters took the decision to sell New Guinea. This proved too much for Mr.Tom to bear. He developed a nervous itch and died in 1942.

His mission was not accomplished. Kittitians were still landless, still tied to the plantations. But they stood at the river Jordon waiting for a Joshua to take them to the promised land.