Home / International / Biden Veers Off Script on Taiwan. It’s Not the First Time.

Biden Veers Off Script on Taiwan. It’s Not the First Time. 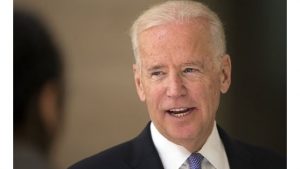 Maybe President Joe Biden isn’t speaking off script after all. Maybe he just doesn’t think much of the script.

Offhand remarks that vary from the official talking points have become a feature, not a bug, of the Biden presidency, as he demonstrated again on Monday when he dispensed with decades of “strategic ambiguity” and indicated that he would militarily defend Taiwan against attack by China.

Each time he says what he really thinks, there is the ritual cleanup brigade dispatched by the White House to pretend that he did not really say what he clearly articulated — or that even if he did, it did not really amount to a change in policy. But then Biden, unperturbed and unapologetic, goes out and does it all over again.

His remarks on Taiwan on Monday were just the latest instance of a president saying out loud what is on his mind even if it leaves his staff scrambling to spin it away afterward. In March, he called President Vladimir Putin of Russia a war criminal (just his opinion, not a legal conclusion, aides quickly explained). Then days later, he ad-libbed at the end of a speech that Putin “cannot remain in power” (just an observation, they said, not a call for regime change).

This was not even the first time since he became president that Biden has said he would come to the defense of Taiwan militarily, a commitment that other presidents traditionally kept vague so as to leave China guessing while not boxing in the United States. In fact, it was the third time Biden has said so, making the nothing-to-see-here White House demurrals that much harder to sell.

“Biden has always been more open about his thinking than most politicians,” said David Axelrod, who saw that up close as President Barack Obama’s senior adviser while Biden was vice president. “Everyone’s strength is their weakness. His strength is authenticity. His weakness is he’s sometimes more willing than his staff would like to share his thoughts.”

None of this should come as much of a surprise to anyone who followed Biden’s nearly half-century career as a senator and vice president. For many years, under the definition of “gaffe” in the Washington political dictionary was a picture of Biden. “Gaffe machine,” in fact, was a common description, sometimes said with affection, sometimes with derision.

But presidential freelancing carries more consequences than when a senator or even a vice president does it. A president’s words are scrutinized to a forensic degree by politicians, diplomats and intelligence agencies around the globe searching for meaning and endeavoring to predict future actions. Any variation from past comments or official policy statements is accorded great weight, whether it should be or not.

Since reaching the White House, Biden has largely avoided some of the cringe-inducing comments that got him in trouble in the past, such as when he described Obama as the first Black candidate for president “who is articulate and bright and clean and a nice-looking guy.”

Instead, the ad hoc remarks that have stirred controversy seem to be more in the category of the columnist Michael Kinsley’s legendary definition of a gaffe. “A gaffe,” he famously wrote, “is when a politician tells the truth — some obvious truth he isn’t supposed to say.”

Biden’s latest comment on Taiwan came during a news conference with Prime Minister Fumio Kishida of Japan during a visit to Tokyo. Asked about Taiwan, Biden at first stuck close to the traditional formula, saying that U.S. policy on Taiwan “has not changed at all” and that the United States supported the island against Chinese aggression. “We stand firmly with Japan and with other nations that — not to let that happen,” he said, keeping purposefully vague.

His aides were satisfied with that. No trouble there. But then Nancy Cordes of CBS News followed up. She noted that Biden had ruled out direct U.S. military involvement in the Ukraine war and asked if by contrast he was “willing to get involved militarily to defend Taiwan if it comes to that.”

“Yes,” Biden replied. “That’s the commitment we made.”

That’s when administration officials around the room took notice.

“The idea that it can be taken by force, just taken by force, is just not appropriate,” Biden added, referring to Taiwan. “It would dislocate the entire region and be another action similar to what happened in Ukraine. And so it’s a burden that is even stronger.”

By that point, Biden’s staff knew he had gone further than it would have liked and sprang into damage control, cranking out with practiced efficiency the obligatory clarifying statement declaring that “our policy has not changed” and that Biden had merely “reiterated” America’s commitment “to provide Taiwan with the military means to defend itself.”

But Biden’s comment went beyond providing military means for Taiwan to defend itself and was widely seen as suggesting direct U.S. military involvement.

Biden has ignored the strategic ambiguity of his predecessors with regard to China and Taiwan before. Last August, while reassuring allies that “we would respond” if there were an attack against a fellow NATO member, he added, “Same with Japan, same with South Korea, same with Taiwan.”

Taiwan, however, has never been granted the same U.S. security guarantees as Japan, South Korea or America’s NATO partners, so the comment was seen as significant. Two months later, Biden was asked during a CNN town hall if the United States would protect Taiwan from attack. “Yes, we have a commitment to do that,” he said.

Biden’s improvisation in Tokyo stirred a mix of reactions back in Washington, where some political leaders praised his candid support for an ally while others mocked him for indiscipline.

On the other hand, Tommy Hicks Jr., a Republican National Committee co-chairman and close ally of former President Donald Trump, saw incompetence not courage. “Another clean-up job from the Biden spin room,” he wrote. “He cannot go overseas without saying something that his team has to walk back minutes later. It’s reckless and embarrassing.”

Trump, of course, was far more prone than Biden to issue provocative, off-the-cuff and unvetted statements at odds with traditional American policy. At various points, he threatened war with North Korea, Venezuela and Iran; castigated U.S. allies like Germany, Japan, Canada and South Korea; and defended adversaries like Putin.

But even some in Washington who believe Biden has gone a long way toward restoring a more conventional, responsible foreign policy were nonetheless troubled by the seeming disconnect between the president and his staff, with some blaming his aides for undercutting their boss rather than ratifying his comments.

“Does anyone at the #WhiteHouse actually respect the words of @POTUS?” Rep. Adam Kinzinger, an anti-Trump Republican from Illinois, wrote on Twitter. “Biden said we would defend #Taiwan, and the staff AGAIN walks back the Presidents own words! He needs to fire everyone who does this.”

That does not appear in the offing. To the extent that his aides issue clarifications after his comments, they presumably do so with his permission or at least acquiescence. But the practice has not served as a deterrent either and, for good or bad, does not seem likely to any time soon.