BBC Programme Says SKN One of most dangerous places on planet 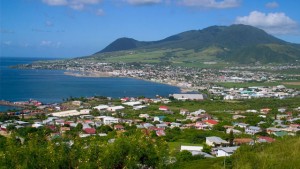 St. Kitts and Nevis (Newsday): As officials struggle to rein in a wave of gun crime, and 16 homicides are recorded in he Federation so far for the year, the BBC Special Newsday is painting a bleak picture of St. Kitts and Nevis, describing the country as one of “the most dangerous places on the planet.

On Wednesday, June 17, 2015, Winn FM carried a BBC news item about crime in our Federation which the government of St. Kitts and Nevis takes strong objection to as it contains information that is misleading.

The BBC News-day reporter conjured up a negative image of a nation where residents and visitors need to be overly concerned about their safety. The impression one would get from listening to this unfortunate piece of journalism is that our twin-island federation, that many residents and visitors call “two islands one paradise” and which many investors and reputable business journalists refer to as “the sweet spot of the Caribbean”, has rampant crime. The facts are that major crimes are falling in our country.

St. Kitts and Nevis receives annually over 1 million visitors and the incidence of crime against our visitors are extremely rare.

Here are the comparative facts for major crimes recorded for the 5-month period Jan 1st to May 31st:

The facts reveal that over the 3-year period 2013 to 2015, major crimes are down almost 60%.
We have the full support in our fight against crime from the new administration that took office just over 4 months ago. The police high command has put in place a crime fighting plan that enhances our community outreach activities in an effort to root out the criminal elements amongst us.

The safety and security of residents and visitors alike are matters accorded top priority. Our country has hosted several major events already this year without any incident of crime. These include the Carifta Games, the Association of Caribbean Commissioners of Police (ACCP) Conference, the Caribbean Development Bank (CDB) Board of Governors Conference and the TRADEWINDS hemispheric security training exercises. These events attracted persons from all walks of life and many different countries. Be assured that the same high standards of security will be maintained throughout the upcoming events.

In the next 2 weeks St. Kitts and Nevis will be home to 2 major events that will provide entertainment for millions of people around the world: the popular St. Kitts Music Festival, an annual event that is the premier summer music festival in the Caribbean, will again showcase top international artistes performing before thousands of music loving fans and; the Caribbean Premier League (CPL) T20 cricket, an annual Caribbean event viewed by hundreds of millions of cricket loving fans around the world enjoying the best that the game has to offer. It is noteworthy that more CPL matches will be played in St. Kitts and Nevis than in any other Caribbean country.

We take the security of everyone in this country very seriously and we give assurance to all residents and visitors that all can expect the highest levels of protection from our Police force.