Barbados to lift its night time curfew in June 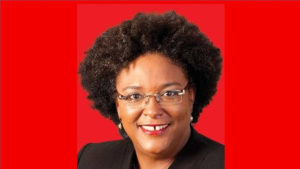 On Wednesday (June 30), Barbados is expected to do away with its nightly curfew. The curfew was first imposed in March 2020 after the island nation recorded 24 new cases of the coronavirus.

Prime Minister Mia Mottley made the announcement during a press conference on Saturday (June 19).

Mottley said that even though new variants were found, there is no evidence of community spread and so Barbadians will be allowed further relaxations to what is now the new normal.

“We are not going to continue to allow Barbadians to bear the same level of restrictions as if our numbers were high again […] we have economic activity that has to be resumed, it has been a difficult period and as we anticipate to open up still gradually we will see greater economic activity and greater jobs to the benefit of this nation, ” Mottley said .

The Prime Minister said that fete promoters will be allowed to host events which will be limited to 150 people in one location but noted that country was not yet in a position to host mass events.

The good news is not enough for some party goers as the government also announced there will be no Crop Over Festival.

For a second time in a row, since its inception, Crop Over has been cancelled.

The scrapping of the “Sweetest Summer Festival” has come as a major blow to many stakeholders as it is a major money earner for the cultural landscape.

There continues to be grumbling from the cruising community as more protocols are yet to be determined.

The party cruises have been limited to operating while docked because of the difficulty to monitor the parties when out to sea.

Last week the minister responsible for culture in the Prime Minister’s Office, John King, said that the restrictions placed on the events taking place this year will be in keeping with the “best practices” in the COVID-19 environment.

The first curfew was implemented on March 28th in 2020after there was an announcement of the community spread of COVID-19.

The first two cases of COVID-19 were announced on March 17th in Barbados last year and over 63,000 persons are fully vaccinated on the island.

In the last six weeks, there have only been single digits reported daily of COVID-19 pushing the positivity rate to 0.2 percent.

Over 90,000 Barbadians have received at least their first dose of the Astra Zeneca vaccine