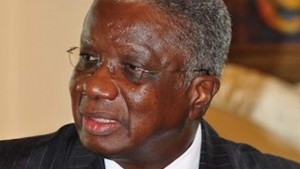 BRIDGETOWN, Barbados, Wednesday March 18, 2015, CMC – Barbados Prime Minister Freundel Stuart has told Parliament that he has in his possession a list of people who would have benefitted from the collapse of the Trinidad-based insurance conglomerate, Colonial Life Insurance Company (CLICO) a few years ago.

Stuart, contributing to the 2015-16 Estimates of Revenue and Expenditure, told legislators that in due course he would make public “the list of names” in his possession.

“Do not mistake my silence for an incapacity to speak. The time will come when all things will be made clear and explained. I ain’t saying anything yet,” Stuart told Parliament, adding “I have a list . . . of all of the persons who invested in the Executive Flexible Premium Annuity, but I ain’t saying nothing yet.

“I know all the people who earning quick money, who were entranced by the lure of attractive interest rates. I know them, I have all of the names,” Prime Minister Stuart said, hinting that the investment might have questionable legal standing.

“It is not a traditional insurance product according to legal advice.”

Stuart said that much of the current controversy surrounding CLICO would have been avoided, or ended, if action was taken consistent with the intention of the late prime minister David Thompson.

“We might have been better off if there was more trust on the respective sides of this House and the oversight committee, which had been put in place by the late honourable member for St John, had been kept in place.

“The millions of dollars that I am hearing about that have had to be paid to judicial managers . . . we wouldn’t have to pay and would have made a little more progress in this matter.”

He said his administration would do “what the government has to do” and he is hoping that “having agitated for the matter to be put under judicial management that we will now have the patience to wait to see it through.

“But let it not be forgotten that there was agitation in this House and outside for the matter to be put under judicial management,” he told legislators.
“Not surprisingly the issue of CLICO is being raised,” he said, as he defended Thompson from those who were “trying to besmirch the reputation of the late honourable member for St John, and trying to destroy the sanctity of his memory”.

Finance Minister Chris Sinckler said the present government had nothing to hide regarding CLICO, adding that he was pleased that the forensic report was unsealed for the public to see, while making it clear that the Judicial Manager, and not the Government or the Financial Services Commission, was the one who had asked for the audit to be sealed in the first place.

“I don’t know what it is that was in it that couldn’t be seen anyway other than statements that have been made, some not properly corroborated, some inaccurate if you read it, others are hearsay and all of the parties involved not being interviewed in relation to it ,” Sinckler said, adding that while members of the Opposition were blaming the government for CLICO’s troubles, they must be mindful that “whatever was taking place at CLICO, was taking place (when) the Barbados Labour Party was in government