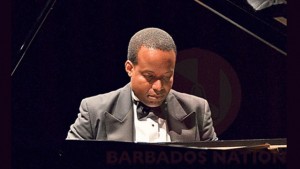 BARBADIAN ORGANIST Dr Sean Jackson has pleaded guilty in a United States Superior Court to a felony charge of risk of injury to a minor.

Jackson, 42, pleaded guilty two weeks ago to making an “unsuitable request” to a ten-year-old girl, by telling her to take off her shorts and underwear during a piano lesson.

He is scheduled to be sentenced in October.

The organist, who resides in Connecticut, was arrested in July 2014 and charged with committing the offence on April 25, of that same year. The offence is a Class C felony. Felonies in the state are classified A to D, which is the least serious.