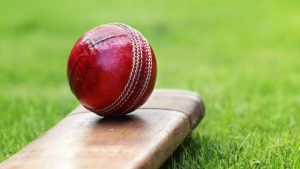 The left-hander New Zealander hit exactly 100 not out off 65 deliveries, an innings which propelled the title-holders to 162 for five off their 20 overs, after they were sent in at Queen’s Park Oval.

However, Amazon Warriors raced to their target without so much as a stutter, with Australian Chris Lynn slamming a superb 77 from 43 balls. Trinidadian Jason Mohammed hit a responsible, unbeaten 33 from 30 balls, opener Dwayne Smith dazzled briefly with 26 off 18 balls, while captain Martin Guptill got 25 from 22.

So dominant was the Amazon Warriors’ performance that TKR’s sole opportunity in the innings came when captain Dwayne Bravo removed Lynn and Chris Barnwell (0) in the penultimate over, to leave the visitors requiring three runs off the final six balls of the game.

Even then, Mohammed allayed any fears of a dramatic finish by belting the second delivery from fast bowler Ronsford Beaton over the ropes at extra cover, to finish the game in style. While the victory was Amazon Warriors’ second on the trot, it sent TKR to their second defeat in three games, following their loss to St Lucia Zouks in the tournament opener last Wednesday.

The result was not envisioned when Munro was imperiously marching his way to triple figures, becoming the first overseas player to do so in the history of the tournament. Entering without a run on the board after countryman Brendon McCullum nicked a drive off left-arm seamer Sohail Tanvir to be caught behind off the sixth ball of the game, Munro hammered seven fours and six sixes to dominate TKR’s attack.

The only batsman to pass 20 on a day when his colleagues struggled, he put on 74 for the third wicket with Darren Bravo who made 12 from 17 balls, and added a further 36 with Dwayne Bravo, whose 18 also required 17 deliveries.

Favouring the leg-side mostly, Munro raced to his half-century off 33 deliveries with a six over long on off Australia leg-spinner Adam Zampa, and then used another 32 balls to complete his century. In reply, Smith gave Amazon Warriors the early momentum they needed, crunching three fours and two sixes in putting on 34 for the first wicket with Guptill.

He signalled his intent with back-to-back fours off Beaton in the opening over and followed up with two consecutive straight sixes off left-arm spinner Nikita Miller in the next over which went for 16.

Off-spinner Sunil Narine, whose four overs cost just 18 runs, entered the attack to trap Smith LBW in his first over but Lynn then engineered two successive, up tempo partnerships, to snuff the life out of TKR. Showing utter contempt for the bowling, he smashed a four and eight sixes while adding 45 for the second wicket with Guptill and a further 76 for the third wicket with Mohammed.

He reached his half-century off 30 balls when he cleared the ropes at mid-wicket with Dwayne Bravo in the 15th over, and promptly celebrated with three sixes in the following over from seamer Kevon Cooper which leaked 21 runs.

By the time Lynn missed a scoop at Bravo and was struck in front to the second ball of the penultimate over, the game was already done and dusted with Amazon Warriors just eight runs shy of their target.