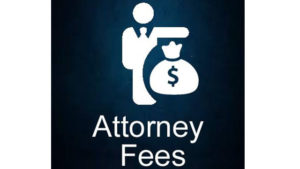 The Bar Council of the St. Kitts and Nevis Bar Association has published a new guide of recommended minimum fees which may be charged by an Attorney-at-Law, that will see the public paying up to twice as much for some legal matters.

The new scale of legal fees took effect as of July despite being disseminated to lawyers on July 20th.

Citizenship applications have also increased, with citizenship by marriage, descent, or residency jumping from $750 to $1000.

Businesses will also be affected by the increased legal fees as it will now cost $3500 to incorporate a local company compared to the previous $2500. Registration of overseas companies also saw the same increase.

Significant hikes were also seen in title services and conveyancing as it relates to transfers, mortgages, and debentures.

Members of the public will also find themselves paying up to $1000 more for divorce matters, more for work permits, more for wills, and higher fees for magistrate and high court civil and criminal matters.

According to the Bar Council, the new fee scale is “intended to bring some degree of consistency and certainty to the fees charged by members of the profession with a view to minimize disputes between Attorneys-at-Law and clients on matters related to fees. The fees charged by an Attorney-at-Law must be fair and reasonable.”

One lawyer who spoke on condition of anonymity told Freedom FM that he felt instead of increasing fees almost across the board, the Bar Association should have moved to have the government reduce stamp duty fees. He said in many instances the cost of stamps associated with some services accounts for the larger portion of the overall fee charged by the attorney.