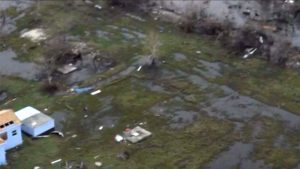 The Caribbean Development Bank (CDB) has approved US$29 million in funding to the Government of Antigua and Barbuda, to assist with recovery efforts after the passage of Hurricane Irma in September.

The funds will be used to rehabilitate and reconstruct critical infrastructure in the transportation, education, water and sanitation, and agriculture sectors.

“The destruction caused by Hurricane Irma adversely impacted the lives of many citizens of Antigua and Barbuda. At CDB, we worked very closely with our in-country counterparts to develop the interventions captured in this project, which will support the Government’s efforts towards a comprehensive and sustainable approach to the redevelopment process, as it aims to build back better,” said Director of Projects at the Barbados-based CDB, Daniel Best.

“We expect the project to significantly contribute to the restoration of livelihoods that were adversely impacted by the passage of the hurricane. The outcome for Antigua and Barbuda will not only be more resilient infrastructure but also more resilient institutions and people.”

CDB had previously provided a US$200,000 Emergency Relief Grant and an Immediate Response Loan in the amount of US$750,000 for Antigua and Barbuda, in the aftermath of Hurricane Irma. In addition, the Bank has approved a loan of US$11.8 million to assist the Government in meeting its financial obligations to external partners. This will allow the country to fulfill urgent financing requirements without diverting resources away from critical social or emergency recovery needs.