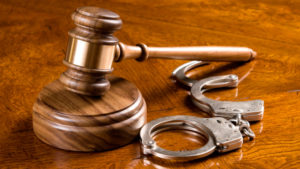 A Customs Officer and two brokers have been charged with fraud and corruption.

It is alleged that sometime in 2017 at Deep Water Harbour, Customs officer Joezine Christian and customs brokers Rowan Matthew and Foster George swindled their way into gaining millions in government revenue from the Customs and Excise Division.

This is believed to have occurred through the forgery of Prime Minister Gaston Browne’s signature.

Browne, who is also the country’s Finance Minister, alerted the authorities to the crime about two years ago, prompting an investigation that many thought would bear no fruit.

However, law enforcement had a major breakthrough and consequently charged the three customs workers on Friday.

The trio spent the weekend behind bars but George’s lawyer applied to the High Court for bail so his client could avoid spending the Carnival holiday behind bars.

Justice Colin Williams granted the application on the condition that he satisfies the bail amount of $10,000.

He also has to surrender his travel documents, report to a police station once a week, and avoid interacting with any potential witnesses along with other conditions.

The three accused are scheduled to appear in St John’s Magistrates’ Court on Wednesday before Chief Magistrate Joanne Walsh.