Home / Regional / Another Haiti gang member extradited to the US

Another Haiti gang member extradited to the US 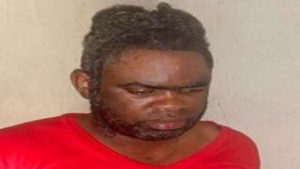 PORT AU PRINCE, Haiti, CMC – Haiti has extradited 40-year-old Maxony Germinal to the United States where he is accused of being one of the arms and ammunition suppliers of the notorious criminal organisation “400 Mawozo” – involved in kidnapping and murders in the country.

Germinal was arrested on April 26 in Malpasse, a town in the Croix-des-Bouquets Arrondissement in the Ouest department of Haiti as he was preparing to cross the border to go into the Dominican Republic.

The authorities said he was extradited last Saturday as part of a mutual legal assistance procedure with Haiti, initiated by the American judicial authorities of the District of Columbia.

Germinal is also accused of being one of the accomplices in the October 17, 2021kidnapping of 17 American missionaries from a Christian religious organisation located in Ohio, as well as members of their families, including children.

The kidnappers had demanded US$17 million for their release, but the missionaries managed to get away on their own, their organisation said.

Germinal is the second Haitian involved in the kidnapping of the American missionaries to be handed over to US authorities, following the extradition of 26-year-old Jean Pelice on May 16, 2022.

Pelice has since appeared in the US court on July 7. According to the complaint, Pelice, along with other members of the gang, used firearms to guard the missionaries during their captivit