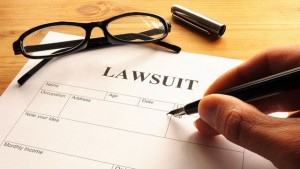 NEW YORK, USA, Monday March 7, 2016 – A Caribbean dream holiday turned into a nightmare for a New York family whose daughter was nearly raped and killed by an ex-convict working at the resort where they were staying.

The family was vacationing at Covecastles, a cluster of private beach villas in Anguilla, when the girl was attacked, the family claims in a lawsuit filed in Manhattan Supreme Court.

On the second day of the US$15,000 trip last year, the girl went for walk on the beach to film part of movie she was making for school.

“On her way from the villa down to the beach, suddenly and without warning, a gardener hired by the resort, attempted to viciously rape [her] in broad daylight,” the parents charge in court papers.

When the girl resisted and tried to defend herself, the gardener “repeatedly stabbed [her] throughout her body using a broken bottle with the aim of murdering her to silence the only witness to this attack,” the court papers say.

The parents claim that their daughter “had the amazing presence of mind to appear dead so that the stabbing would end.”

The couple discovered the girl’s seemingly “lifeless body” and rushed her to a hospital. She had sustained a fractured skull and punctured lung, among other injuries.

The girl, identified only as “C.G.” in court papers, was subsequently airlifted to New York Presbyterian/Columbia University Medical Center in Washington Heights.

The gardener, who was arrested, is not identified by name.

The family is suing the resort, its designer Myron Goldfinger, and his wife June, claiming that the couple slashed security at the resort due to financial mismanagement.

Myron Goldfinger is a Westchester architect who designs high-end mansions in the exclusive Hamptons area, including one used in the Leonardo DiCaprio movie “The Wolf of Wall Street.” He designed Covecastles in the 1980s.

The Goldfingers, both 83, misappropriated funds, failed to maintain the property and vet employees and incurred “a great deal of debt,” the family claims in court papers demanding unspecified damages.

The family adds that the gardener was not screened despite a criminal past, and the Goldfingers cut security staff from three full-time guards to one part-timer.

According to the family, the attack was the second security breach at Covecastles in two weeks.

An attorney for the Goldfingers stated that the couple was wrongly named in the lawsuit and would be vindicated.